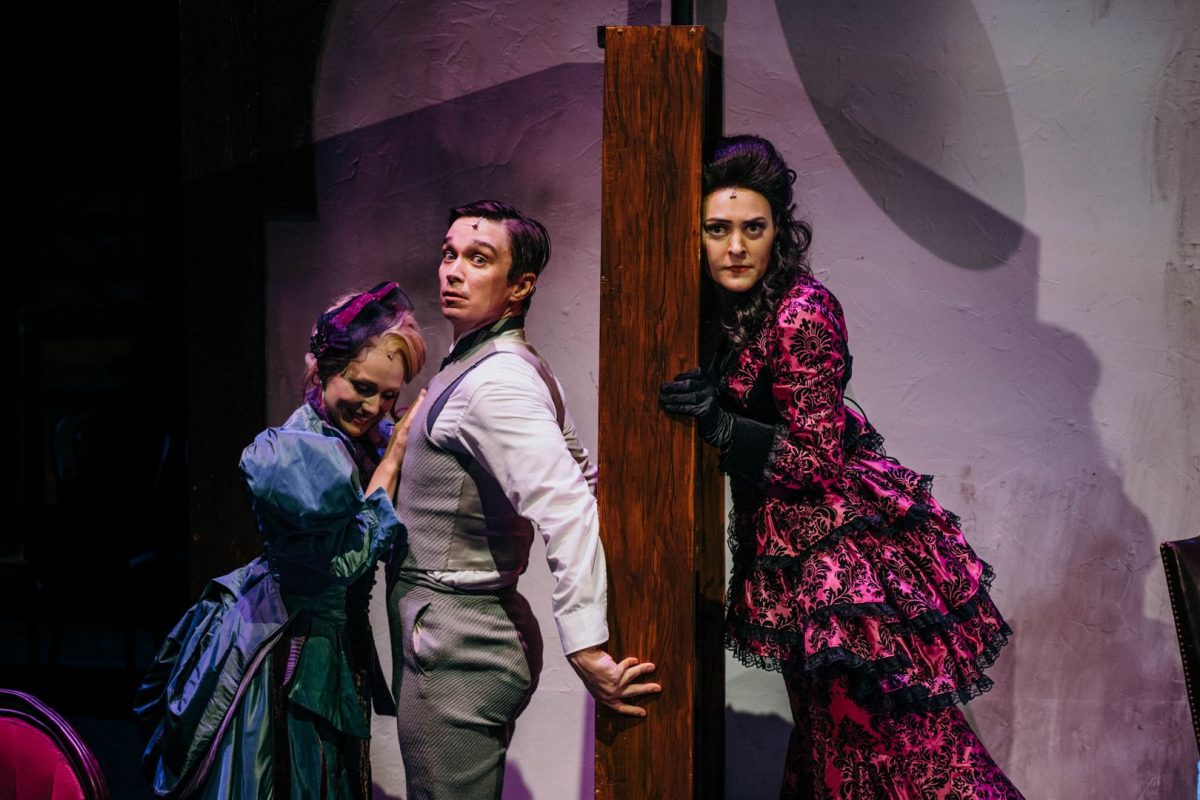 Recently, I had the privilege of seeing WaterTower Theatre perform A Gentleman’s Guide to Love and Murder, and I was blown away! The cast was phenomenal and I found myself laughing more times than I could count.

“Running from 2013-2016 on Broadway winning 4 Tony Awards including Best Musical. Set in London in 1907, A Gentleman’s Guide to Love and Murder centers on Monty Navarro, a penniless clerk who is informed after the death of his mother that he is ninth in line to inherit the earldom of Highhurst, controlled by the wealthy D’Ysquith banking family. After the imperious ruling Lord dismisses Monty’s claim of being a relative, the eight D’Ysquiths ahead of young Mr. Navarro begin dying in natural and unnatural ways. Meanwhile, Monty is desperately trying to woo money-minded Sibella Hallward —until he finds himself drawn to young Phoebe D’Ysquith. How will all these convoluted storylines come together?”

This show is clever, witty, and fun. The characters were well thought out, including the entire D’Ysquith family played wonderfully by Randy Pearlman. The staging was intricate and very well done, and the 10-person cast was seamless in presenting the show! This was a wonderful show filled with murder, music, and laughs.

Read more today in our latest post, Workouts for t

Read more today in our latest post, Serums for Hea