A Colorado-based investment firm, Tyton Holding, Inc. recently purchased the Addison Airport Office Center Complex at 16051 Addison Road and relocated its headquarters, along with six other affiliated companies, to the community from the Denver region. The company has been very pleased with their move to Addison and had nothing but positive comments. During the visit, a special framed certificate was presented to the company that was provided by Governor Greg Abbott welcoming them to Texas.

The 52,117-square-foot building is at the southwest corner of Addison Road and Keller Springs and was sold by an affiliate of Dallas’ Harkinson Investment Corp.

The building has attached aircraft hangars that will house the buyer’s corporate aircraft.

Harkinson had owned, leased and managed Addison Airport Office Center since 1997. The seller had recently done a $2.25 million upgrade of the property with designs by Merriman Anderson Architects and Entos Design.

Tyton Holdings was founded in 2011. The company has invested in a portfolio of companies providing funding and growth capital. The firm has invested in businesses in the oil and gas, fabrication, waste management and aircraft manufacturing sectors and has annual revenues of more than a half billion dollars. 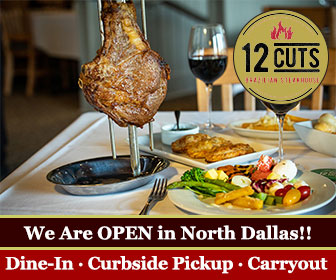 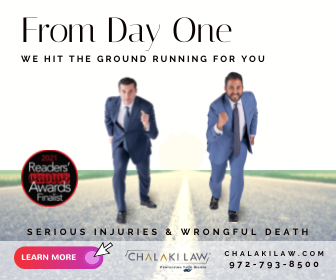