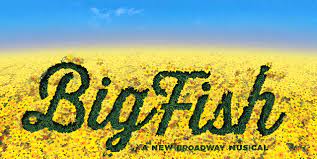 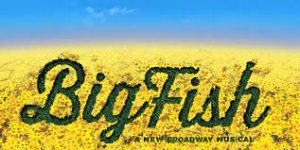 This upcoming June enjoy the novel “Big Fish” made into a musical. It’s the perfect watch if you want to enjoy something rich and fun while also following up with the character’s life!

This musical is based on the novel by David Wallace and the Columbia Motion Picture by John August. It is also based off of the acclaimed film by the same name directed by Tim Burton. The musical tells the story of Edward Bloom, a man who tells incredible, larger-than-life stories.

The story focuses on Bloom’s stories and how his son, Will, determined to find the truth over this exaggerated tales. This musical is ideal if you’re looking for an adventure-filled story to watch with family or friends! The musical will be directed by Becca Johnson-Spinos and Cindy Steckline Johnston.

The main cast will be played by Brayden Soffa and Peyton Nicholson as Edward Bloom, Brendan Behn and Nathan Rubens as Will Bloom and Ashlyn Koford and Madeline Carter as Sandra Bloom.

Tickets will be sold online and will go on sale in late May. Livestream tickets will also be sold and anybody is able watch it from all over the world! The livestream will start 10 minutes before the show starts.

Anybody that purchases a ticket for an in-person audience will have to wear a mask and will receive a temperature check by an Outcry Youth Theatre volunteer. Those who have a temperature greater than 100 won’t be permitted in the building.

Ticket price range from $15 to $20. General admission and livestream tickets will be $15 while Premium Reserved Seating will be $20.  This musical is overfilled with humor and will remind anybody why they love going to the theatre.