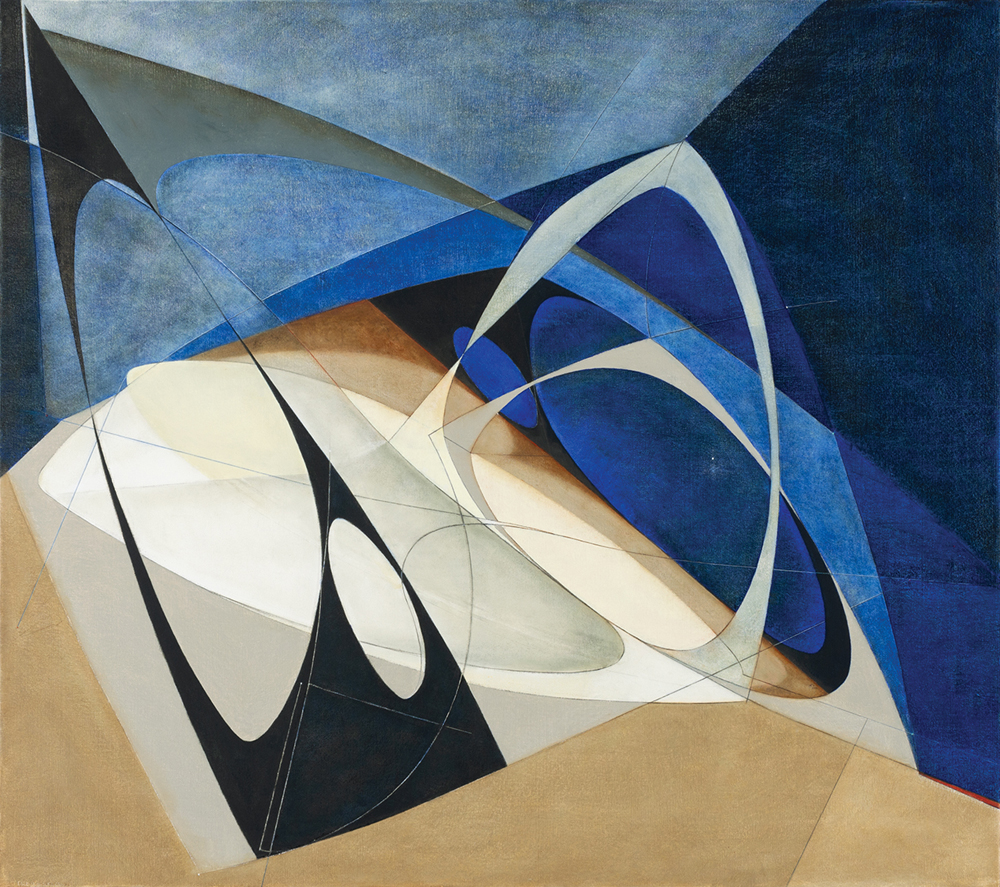 Ah, art. It’s so wonderful to behold, admire and simply soak in. While it could be argued that art is all around us this spring (looking at you, tulips!), there’s no better place to visit art than Valley House Gallery! This March, they are presenting two breathtaking exhibits including David A. Dreyer’s “Cold Mountain Observatory” and Emily LaCour’s “In the Shade of a Tall Tree,” both open now.

Dreyer’s paintings are inspired by the Cold Mountain poems of Han-shan, a Chinese poet in the Tang Dynasty (618-907), as translated by Gary Snyder. Dreyer earned his BFA in 1990 and his MFA in 1992, both from Southern Methodist University.

“I want my paintings to be a celebration of pure nature and moment homage to the sacred spaces of memory,” said David A. Dreyer in a statement about his paintings. “I begin with small automatic drawings, a practice of intuitive organization used as a catalyst for paintings. Drawings originate in the realm between the hand and eye, a sensuous experience with seemingly endless possibilities. It is more difficult to explain what I paint than why, which is to create a unique image that discloses personal recognition of things never seen and space that imparts a sense of self. My process is organic, evolving through moments of insightful meditation that fuel curiosity and reveal discoveries with uncertain predictability. I take from the familiar as dreams take from the real. In mining an area of the unfamiliar, a place where dream and invention exist, I refine that which can only be imagined till things never seen seem familiar.”

LaCour resides in Dallas but spent her youth in Louisiana. In 2011, she received a BFA and a minor in art history from Louisiana State University in Baton Rouge, where she later taught painting and drawing from 2014-2017. She earned her MFA from Southern Methodist University in 2014.

“‘In the Shade of a Tall Tree’ is a body of work that speaks to my internal reality in a year of grief, rest, and reflection,” said LaCour in a statement about her paintings. “We have been wading in the uncertainty of life, the certainty of death, and the necessity of each other. It feels like sitting in the shade of a tall tree on a sweltering day or surrendering to the wild twists and turns of an improvisational painting process. The title is a metaphorical connection to my late grandmother, as trees were the main subjects of Jerelyn Fitzgerald Richard’s paintings. Growing up, we would paint together in the swamplands and from her kitchen window. When the trees outside the window were being cleared for apartments, she invited the guys over for coffee so they could see them from her point of view. The demo crew left her favorite trees standing. In the space of her table, she made room for many opinions and palettes and showed me that creating is a way of witnessing my life and those in it. This is what I seek to make visual.”

Their exhibits will be available from 10 a.m.-5 p.m. Monday-Saturday through April 17.