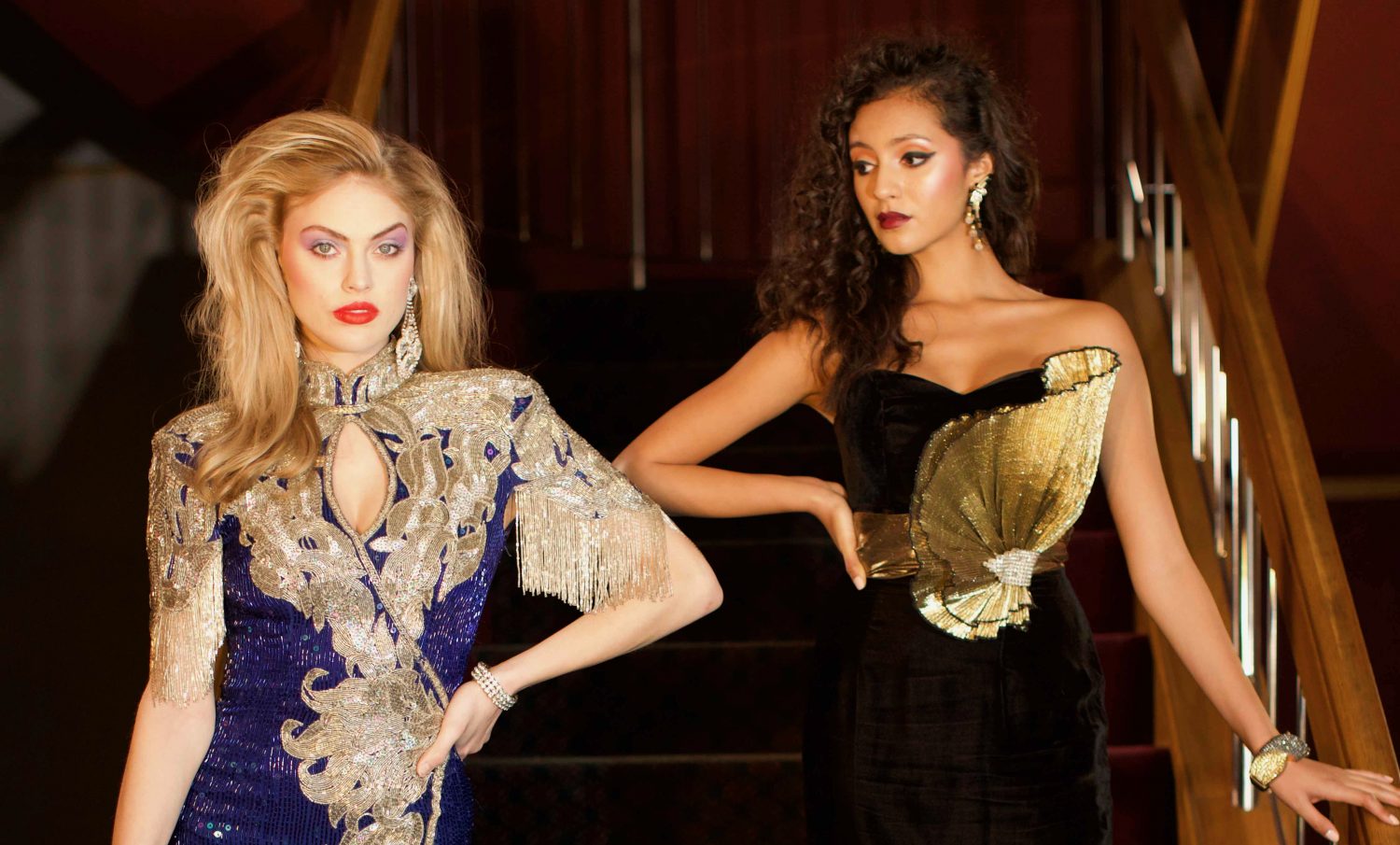 Big hair, poufy shoulders, iconic looks – the ‘80s were such an amazing fashion decade! Get inspired for your next look at Galleria Dallas, which is hosting the She’s Got the Look ‘80s fashion exhibit from now through April 3. There are more than 50 totally tubular looks on display, curated from some of Dallas’ most fashionable closets by Martini Consignment’s Ken Weber, which will be located next to Sephora (which was most recently occupied by the Snowday experience).

The 1980s is well known as a diverse decade of some incredibly iconic fashions, and the exhibit will convey that message. “Guests will be treated to a sensory overload of fashion, video and sound that will transport them back to the amazing decade of the 1980s,” Weber said in a recent press release.

She’s Got the Look will focus on totally awesome designers from the ’80s including Thierry Mugler, Oscar de la Renta, Yves Saint Laurent, Bob Mackie, Emanuel Ungaro, Halston and Geoffrey Beene. The exhibit will also feature accessories, which were so important in the decade. “Too much was never enough,” Weber said.

The exhibition will be divided into two sections: the main room will showcase the elegance and extravagance of the decade and will include party, red carpet, “Ladies Who Lunch,” and “Working Girl” attire. A second room will feature “Valley Girls,” “Rocker Chicks,” “Club Kids,” and also some menswear. That room will also host an homage to TONI&GUY and its history in Dallas and at Galleria Dallas that includes a wall of iconic ’80 hairstyle images. “In the ’80s, hair was definitely an accessory of its own,” said Richard Rivas, TONI&GUY Director of Marketing and Communications, in the release.

“We’re excited to bring this unique exhibit to Galleria Dallas,” said Galleria Dallas Director of Marketing Megan Townsend in the release. “Galleria Dallas has always been a leader in fashion, so being able to host a retrospective of such an important decade when it comes to style is going to be a lot of fun.”

Galleria Dallas is an iconic shopping center with a unique collection of more than 200 retailers, restaurants and experiences including Nordstrom, Macy’s, the world’s only GAP, Banana Republic and Old Navy combo anchor, a market-exclusive American Girl, the Westin Galleria Dallas Hotel and the signature Galleria Ice Skating Center.

She’s Got the Look is a free event open from noon to 6 p.m. Tuesday-Sunday, through April 3 at Galleria Dallas. You don’t want to miss this rad event!