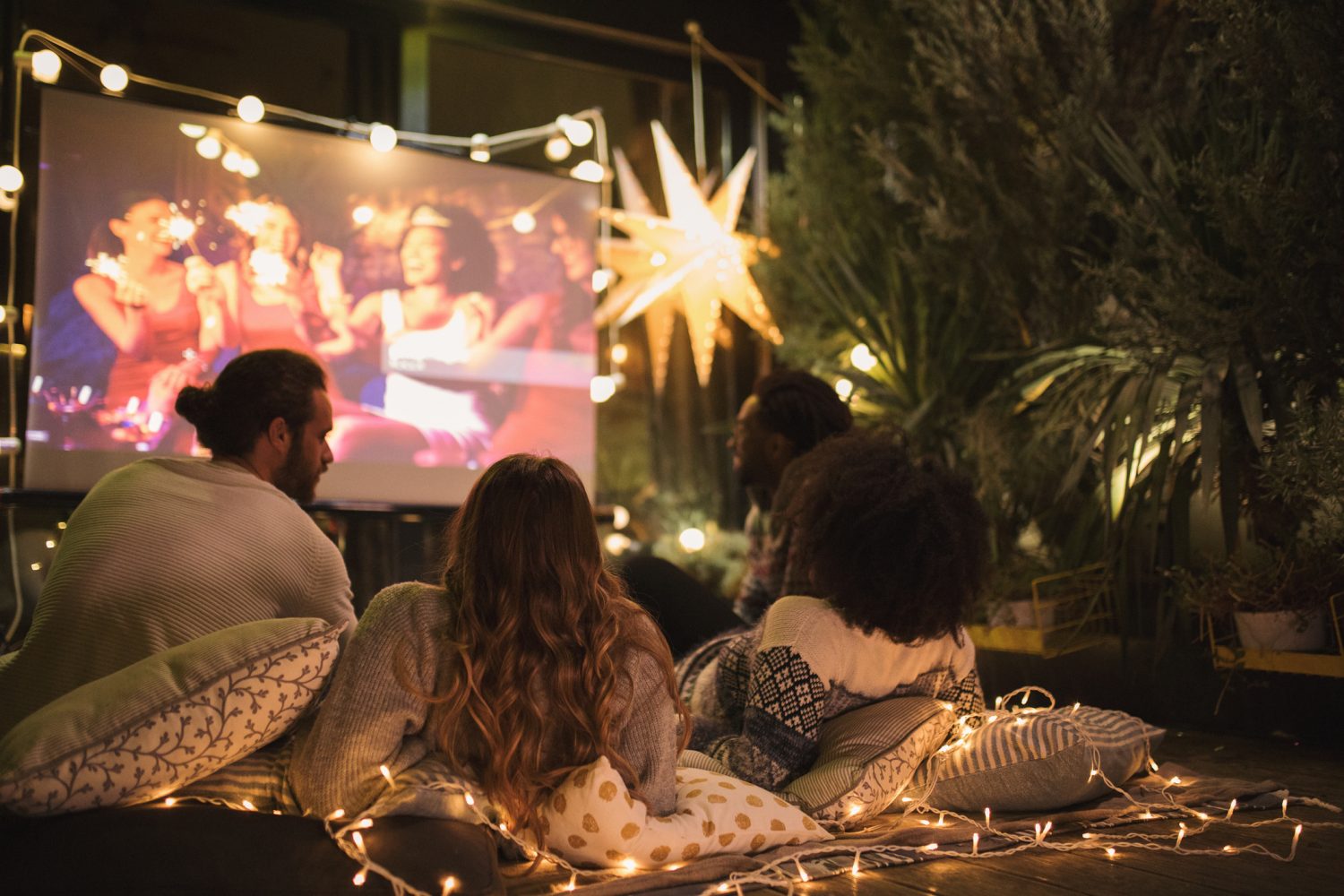 While I may not be much of a scary movie type of guy, it is Halloween. One of the ways people can safely celebrate this year is by doing an outdoor movie theater set up in their driveway. All it takes is a big white bedsheet pinned up against the garage door or on the backyard fence, a projector and a Bluetooth speaker. You can set up chairs, set out prepackaged snacks and drinks, or have everyone bring their own snacks.

So, let’s talk about scary movies.

This one I remember watching when it came out. One of the few scary-type movies I watched that I actually enjoyed. This Wes Craven film is funny, scary and clever. According to IMDB, “A year after the murder of her mother, a teenage girl is terrorized by a new killer, who targets the girl and her friends by using horror films as part of a deadly game.” Starring Courtney Cox, Neve Campbell, David Arquette and Drew Barrymore.

Get Out came out in 2017 and became an instant classic. Directed by Jordan Peele, according to IMDB, “A young African-American visits his white girlfriend’s parents for the weekend, where his simmering uneasiness about their reception of him eventually reaches a boiling point.” Rotten Tomatoes adds, “Funny, scary, and thought-provoking, Get Out seamlessly weaves its trenchant social critiques into a brilliantly effective and entertaining horror/comedy thrill ride.”

Of course, we can’t forget about Halloween. This classic slasher movie stars Jamie Lee Curtis came out in 1978 but has maintained a must watch every Halloween. The original film spawned a whole franchise including recent remakes. The plot follows Michael Myers who after serving part of his sentence for killing his sister, escapes and returns to his hometown to look for more victims.