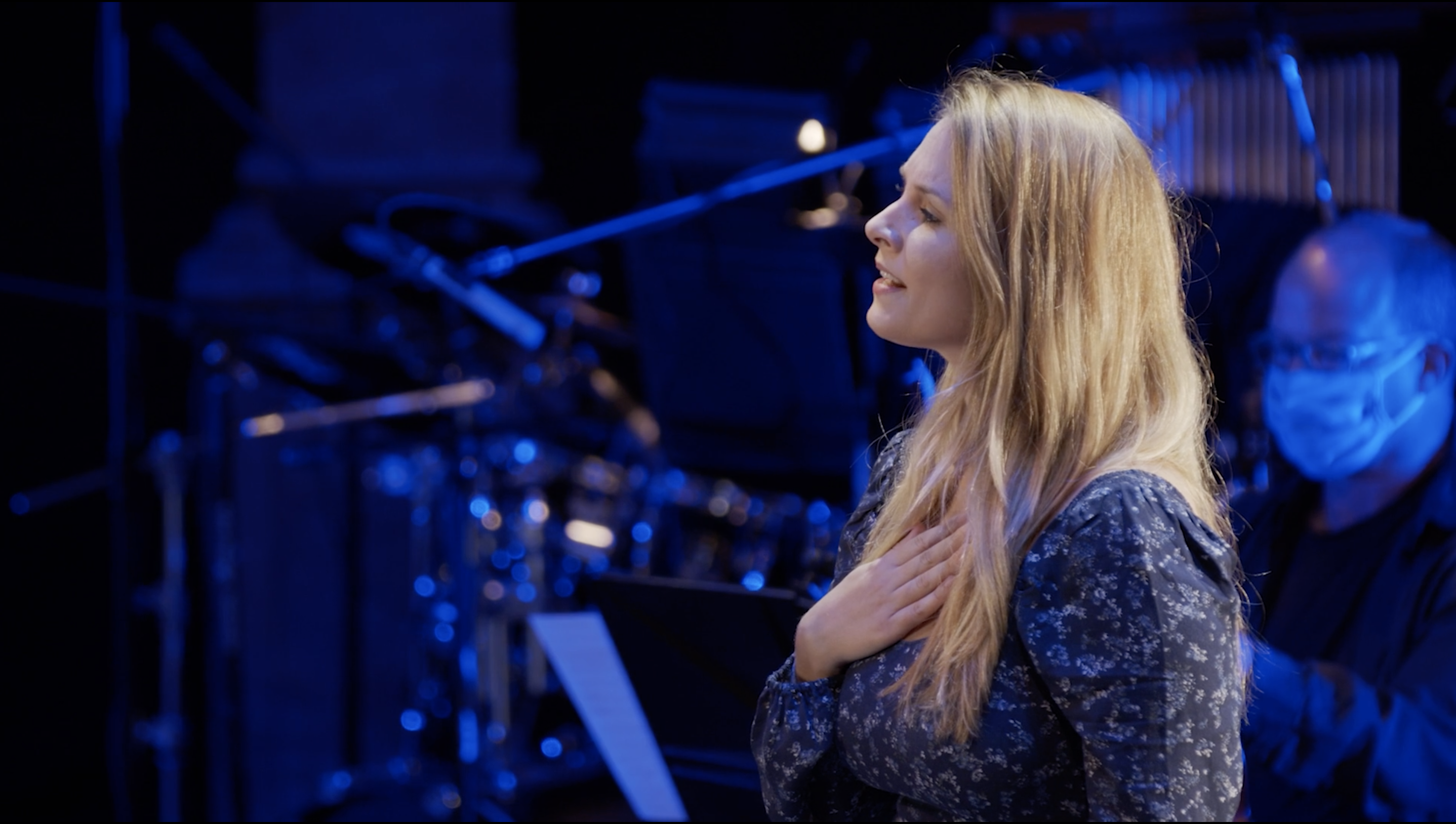 Beautiful vocals, amazing talent and pride for our little town is all evident in WaterTower Theatre’s production of ONE Addison. This show, which was filmed live and is available to watch via video on demand from now through October 25, features a star-studded cast coming together to show their support to professional theatre and arts in North Texas, as well as their love for the Town of Addison.

Mayor of Addison Joe Chow begins the performance with a special note of thanks to the people, first responders, front-line workers, WaterTower Theatre and everyone in the Town of Addison. Next, is a heartfelt performance by Denise Lee, accompanied by piano. There is also notes by Producing Artistic Director Shane Peterson.

This is the most intimate concert you’ve ever been to – without an audience, you can imagine each performer singing directly to you, as you admire from your living room. The powerful vocals, beautiful duets and inspiring performances fill something in your heart that you didn’t realize you were missing all these months of the coronavirus pandemic: the magic of live theatre! Even though we can’t see in-person shows right now, this is the next best thing. While maintaining social distancing and wearing masks when appropriate, this is a fantastic performance that is worth every dollar spent. I would watch one of these video-streamed shows every single month!

The first time you watch ONE Addison, turn down the lights, grab some popcorn and simply enjoy it. Then, rewind it and have it on in the background while you do the dishes. It’s so good, you’ll want to re-watch and re-listen multiple times to really soak it all in.

ONE Addison features nine amazing songs, one spoken word and one dance performance that are all so well-done, you really feel connected with the performers.

In order of appearance, the line-up includes:

“WTT enjoys support from its hometown unlike any other theatre company in North Texas, and we would like to celebrate that relationship with our final season production, the ONE Addison concert,” stated a recent press release.

ONE Addison has music direction by Vonda K. Bowling, lighting design by Ryan Burkle, set design by Kennedy Styron, sound engineering by Brian Christensen, production management by Ashley Puckett Gonzales and cinematography by Jeremy Bay. Additionally, WaterTower is worked with Director of Cinematography David Singer, the co-founder and CEO at Academy of Storytellers and Story & Heart, for this show.

“WaterTower has been deeply impacted by the current crisis, as have all arts organizations during recent months, but we are looking forward to the future,” stated the release. “Until we can gather together again at WTT, we will continue to provide North Texas artists with safe work opportunities, and our patrons with safe ways to enjoy professional theatre. In 2020, WaterTower plans to evolve from ‘Theatre that Builds Community’ to ‘Community that Builds Theatre.’”

Support this local theatre during this difficult time for the industry, by buying your tickets to this unique concert today. You can purchase tickets online or by calling 972-450-6232. For technical assistance during the run, call 972-591-8496.