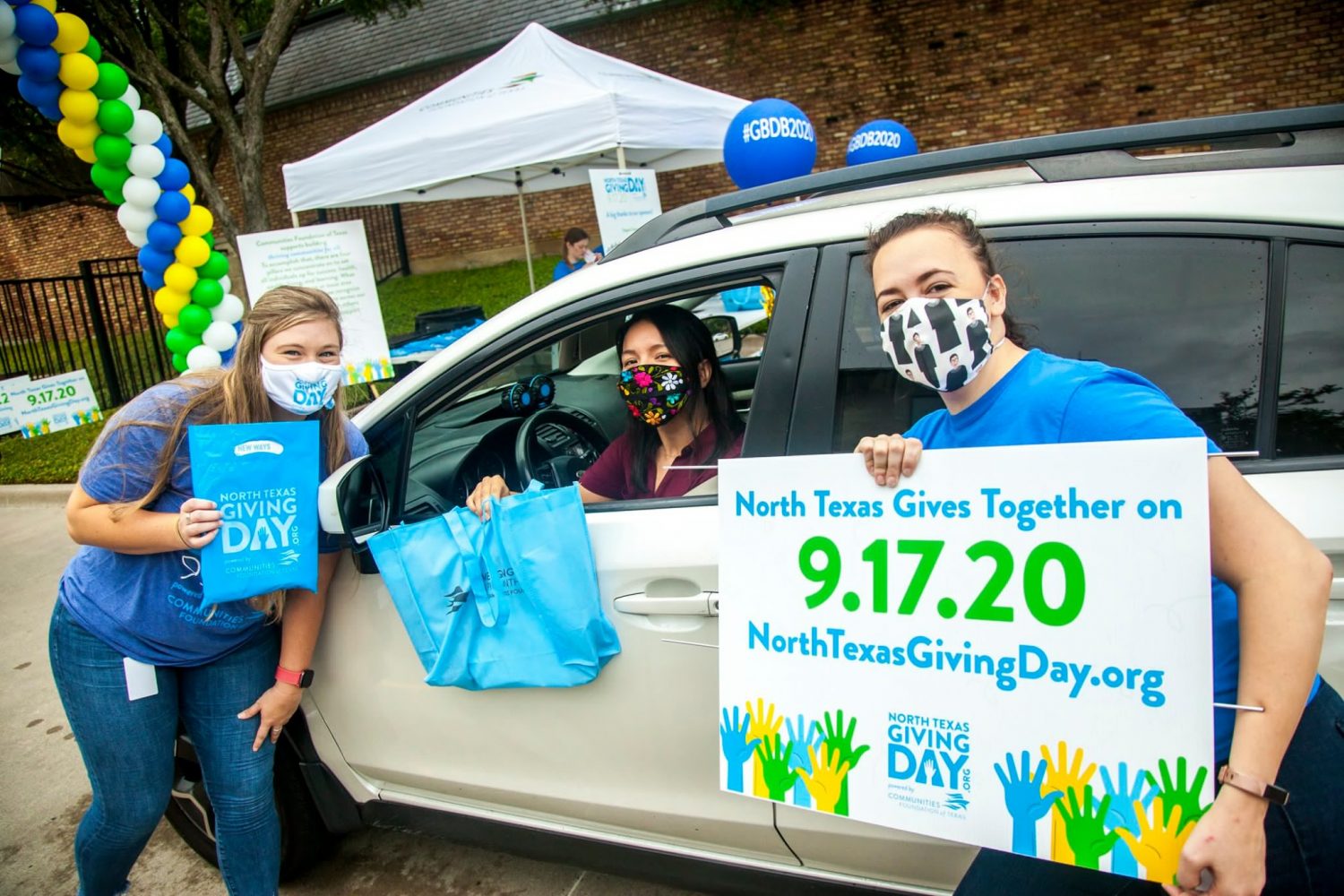 It feels good to give back. Especially to local nonprofit organizations. Especially during an ongoing global pandemic that has left many people hurting and organizations in need of help more than ever before! That’s why we encourage to donate on North Texas Giving Day on September 17.

North Texas Giving Day is a chance for 3,300 nonprofits from 27 different causes areas and 20 North Texas counties to raise money. It was created by the Communities Foundation of Texas (CFT), which is one of the largest community foundations in the country that professionally manages more than 1,000 charitable funds for families, companies, foundations and nonprofits and has awarded more than $2 billion in grants since 1953. CFT believes that where giving thrives, communities thrive too. Last year, $50,192,976 was raised on North Texas Giving Day for area organizations. Let’s help raise even more this year!

Of the 3,300 total nonprofits registered, event organizers report a 21% uptick in first-time nonprofit participants and specific requests that not only address community need, but also backfill dwindling resources at nonprofits. Local needs fall in line with national trends reported by The Chronicle of Philanthropy, which showed that 1.6 million jobs or 13 percent of all nonprofit jobs in America were lost, and 75 percent of nonprofits reported earning less revenue due to the pandemic.

“North Texas Giving Day started as an online-only event, which is so helpful in these times of stay-at- home orders and social distancing,” says Susan Swan Smith, Chief Giving Day Officer at Communities Foundation of Texas, in a recent press release. “Everything – from donating, to volunteering, to just simply celebrating nonprofits who support our community every day, but especially now – can be done safely online on North Texas Giving Day.”

In response to the impacts of COVID-19 and racial and civil uprisings, this year, you can search for and support nonprofits that self-designated having Black, Indigenous and People of Color (BIPOC) leadership. Further, new cause filters were added to easily find and support those nonprofits working in employment and workforce, human trafficking, immigrants and refugees and justice-involved adults and youth. There are also ways to filter by city.

There are many Corridor-based organizations participating in North Texas Giving Day this year. Some of these include Addison Arbor Foundation, Metrocrest Services, Make-A-Wish Foundation of North Texas, Traffick911,Trinity Christian Academy and WaterTower Theatre.

In honor of North Texas Giving Day, WaterTower Theatre is also releasing a filmed theatrical event, One Addison. This star-studded concert was filmed live on stage and celebrates WTT’s hometown of Addison and community supporters. This incredible musical, spoken-word and dance performances from some of the most recognizable names in DFW theatre will be available on-demand via Vimeo from September 17-30.

As of this post, $10,792,144 was raised by 20,149 unique donors who have donated early to the 2020 North Texas Giving Day. This year’s official North Texas Giving Day event begins on September 17, where people will have 18 hours to donate to the nonprofit organizations on the list that they want to. This event is designed “to empower every person to give back to their community by supporting local nonprofits and causes they care about in one easy-to-use platform.”

In its 11-year history, North Texas Giving Day has raised over $290 million for our community, making it the largest community-wide giving event in the nation. The North Texas Giving Day is powered by creative nonprofits, social media activism, area-wide collaboration and you! The goal is to make giving easy for donors, while helping build awareness and support for local nonprofits.

Set your alarms to give back this year – it’s more important than ever that we all do our part to help out the community!