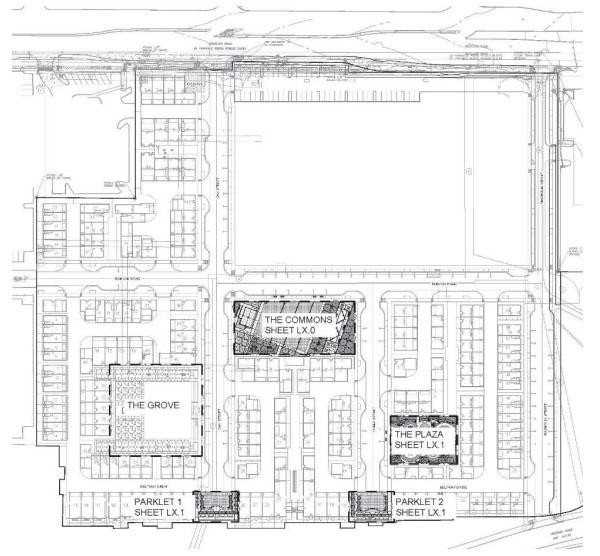 In their meeting on Sept. 8, the Addison Town Council discussed name options for the new Addison Grove Parks that are being built on the former Sam’s Club property on Belt Line Road.

The redevelopment agreement for this land that was approved by the City Council in January 2016 includes $6.5 million for the construction of public infrastructure as part of the development. In addition to streets and utilities, this commitment by the Town is slated to fund the construction of three parks and two parklets. The developer assigned temporary names to the three parks to help reference them through design and reconstruction: the Grove Park, the Commons Park and the Plaza Park. (The two parklets have not been assigned temporary names.)

The Naming and Recognition Policy for Addison states that named facilities should utilize predominant characteristics related to the Town’s natural environment, physical features or history from the following identifiers:

At its meeting on Sept. 8, the Council discussed permanent names for these three new Addison parks. They directed staff to move forward with making the temporary names permanent. Read the Council minutes here.

We can’t wait until the grand opening of these new parks!