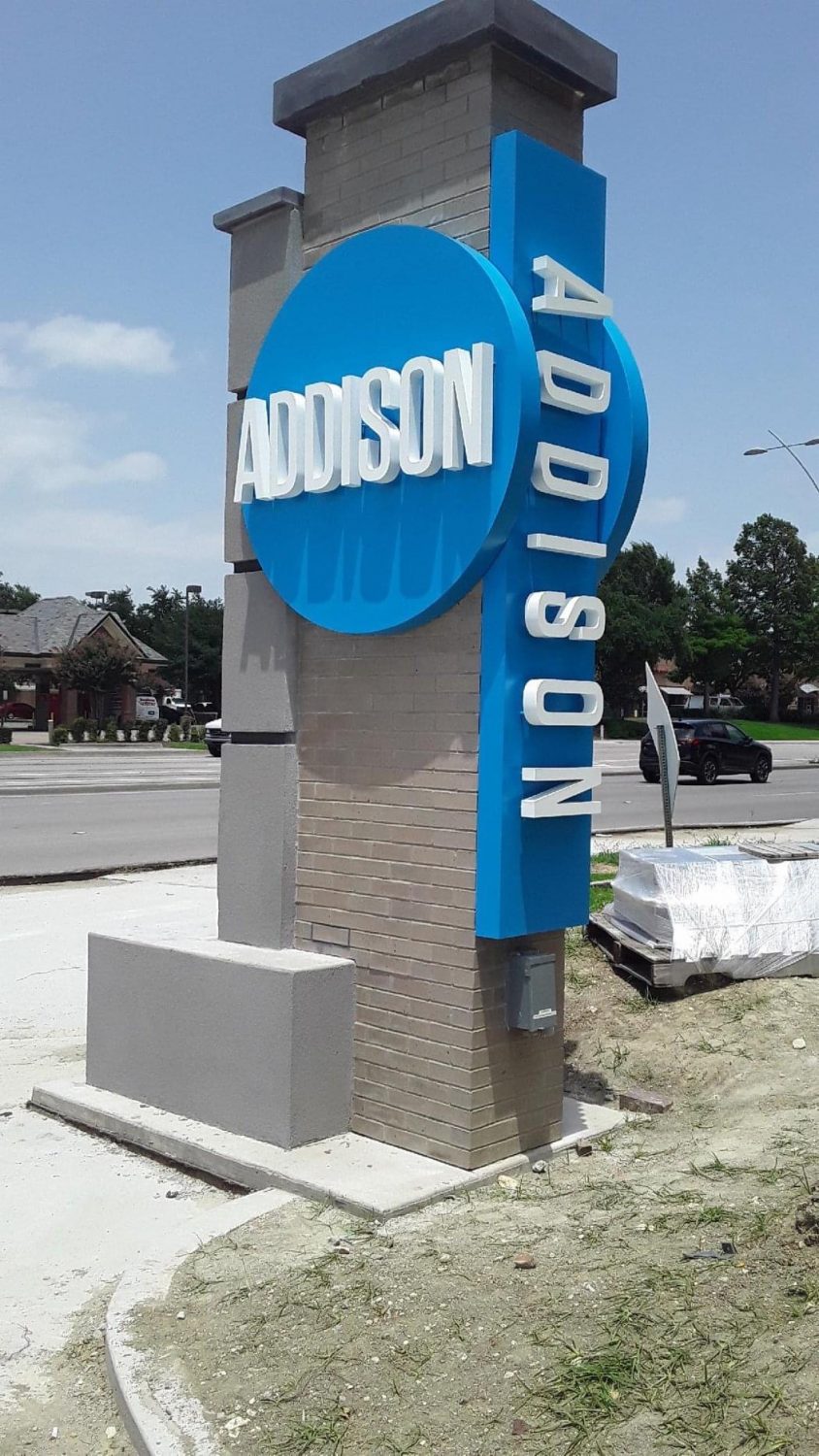 The designer’s vision for the project was based on guidance from the Project Advisory Committee and the community. It will include bus shelters, benches, planters and bike racks, which will complement the decorative pedestrian pavers installed in focal areas of the project.

The Belt Line 1.5 Master Plan and Enhancements Report includes bus shelters that were identified as a Town standard in the Quorum pedestrian connectivity plans. An example of the finished shelter can be seen at the AMLI development on Quorum Road. This project was the first to implement the new bus shelter standard for Addison.

Although the Belt Line 1.5 project was slated to be completed July 2, the contractor has had numerous delays in acquiring materials due to COVID-19. Several of the manufacturers and subcontractors have had to cease operations for a period of time due to executive orders in their state or region and some have had to close due to illness. The current schedule shows the project being finished the first week of September, but this is dependent on no future delays related to the COVID-19 pandemic.

We can’t wait to see the finished project!