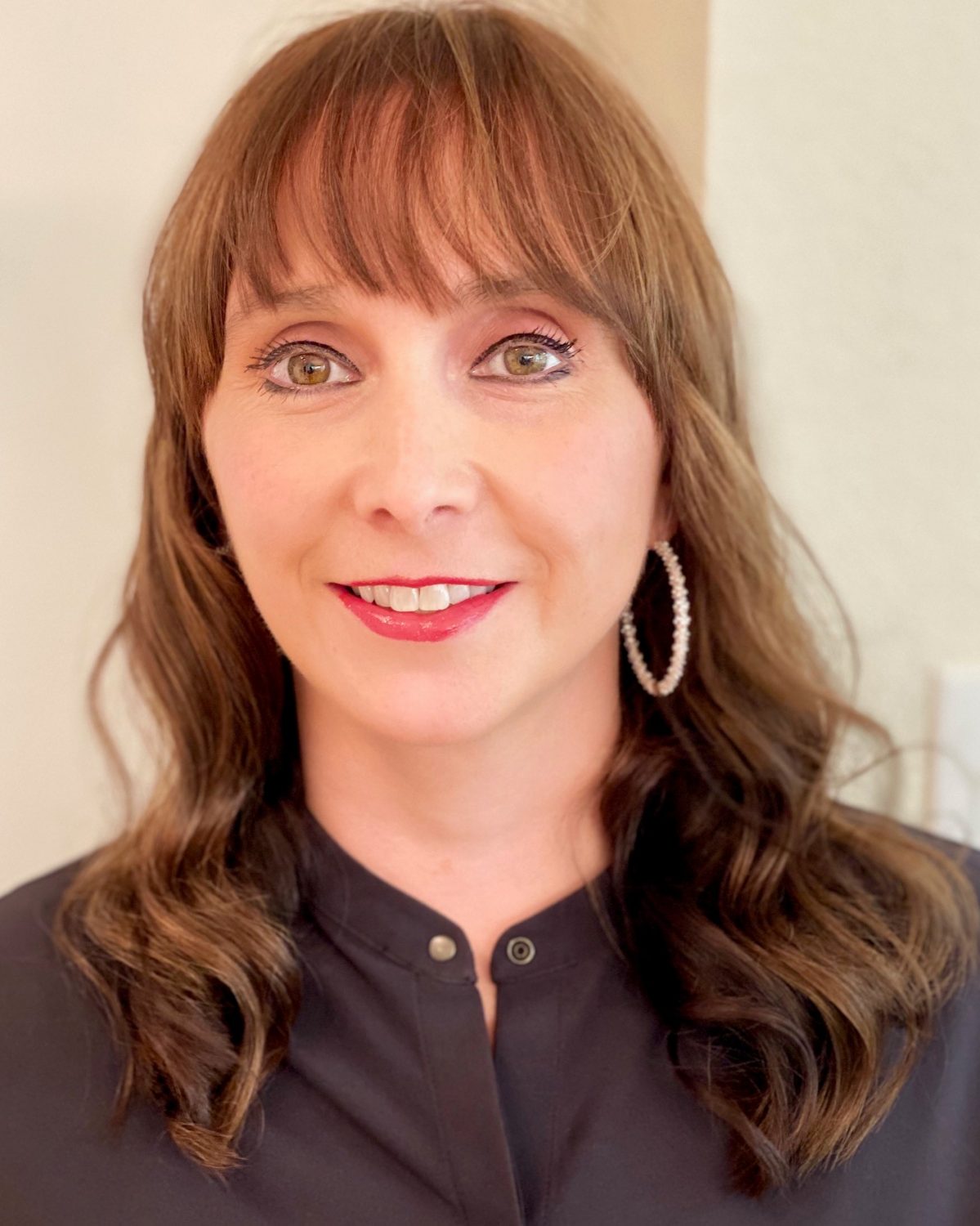 Imagine being at death’s door – at just 43 years old! That’s what happened to Audrey Smith, Addison native and mother of two, who turned to yoga to relieve stress caused by the ongoing COVID-19 pandemic. One day, while stretching, she endured two carotid artery dissections in her neck, which led to severe strokes and a fight for her life!

After receiving emergency treatment at Texas Health Presbyterian Hospital Plano, Smith is grateful for a successful recovery and the ability to share her journey with others.

“When she arrived in the emergency department, not only was she dealing with a terrible headache, her right hand was clumsy and numb,” said Thomas Madaelil, M.D., an interventional neuroradiologist on the medical staff at Texas Health Plano, in a recent press release. “Alarm bells sounded, because that was very unusual for her.”

A magnetic resonance imaging (MRI) scan showed Smith had suffered two strokes, one on each side of her brain. An X-ray image of her internal carotid arteries – the two main arteries that run along the front of the brain and on the left and right side of the neck – determined both arteries were torn.

“It was beyond scary,” Smith said, in the release. “Within a few hours, I couldn’t say or spell my own name.”

While in the hospital, Smith had another severe stroke. “My speech became inaudible, and I developed a face droop on the right side,” she added. “Despite a horrible headache, I didn’t feel like I was on death’s door, but it turned out I was.”

The arterial dissection on her left side was worsening, leading to a complete closure.

Madaelil began an emergency reconstructive procedure. Using a specialized stent called a pipeline embolization device to open and expand the collapsed artery, Madaelil created a new pathway for oxygen-rich blood to travel to Smith’s brain, also allowing the damaged artery to heal in the process.

“Mrs. Smith was extremely lucky to be in the ICU when her health began to deteriorate,” Madaelil said. “Had she been at home or anywhere far from a critical care team, it could have been a very tragic outcome.”

After the four-hour procedure, Smith’s condition began to improve. She credits her post-procedure optimism to her ICU nurse, Cissy Hoffman.

“She updated my family constantly, and she made sure I received all of their voicemails and videos,” Smith said. “We viewed and listened to everything, together. We laughed and cried together, too. She was wonderful.”

Hoffman, a 26-year veteran in the nursing field, said the COVID-19 pandemic has been emotionally and spiritually painful for many patients, especially when they are separated from loved ones.

“She was terrified, and I didn’t think twice about providing her with the extra time and support she needed,” Hoffman said, in the release. “Separation anxiety can be detrimental to a patient’s healing process, and I feel blessed to be in the ICU to nurture patients in their times of need.”

After spending five days at Texas Health Plano, she finally returned to her home in Addison. According to Madaelil, monitoring will continue for the dissection in her right carotid artery. Further imaging will be used to determine if Smith needs medical treatment or if the artery will simply heal on its own.

“She’ll probably need to refrain from yoga, because when the neck muscles are overextended, it can be very serious,” said Alla Al-Habib, M.D., a neurologist on the medical staff at Texas Health Plano, in the release. “Yoga is not a common cause for stroke, but I have seen it as the culprit for stroke in young, healthy individuals, as in Mrs. Smith’s case.”

During yoga, individuals sometimes perform extreme stretching maneuvers, which is good for the back and the limbs, but it can be extremely dangerous for the neck, Al-Habib said.

“Yoga is a great form of low-impact exercise, but there are more than 90 problematic poses people need to be mindful of. Seeking guidance from a qualified instructor so you don’t overexert or overextend any portion of your body is key.”

Al-Habib noted one of her patients suffered from carotid dissections and later developed locked-in syndrome – a rare neurological disorder that results in complete paralysis.

“Thankfully, Mrs. Smith’s condition had a different outcome,” Al-Habib said. “She worked extremely hard to make sure she was walking and talking before she left the hospital. But because her strokes were so severe, she needs speech therapy and physical rehab to facilitate a complete recovery.”

With the support of her husband and attending rehab five days a week, Smith says her motor skills are improving significantly.

“Normally, people just deal with a stroke affecting one side of the brain, but mine damaged both sides,” Smith said. “But thanks to the immediate and compassionate care I received, along with a supportive family, I have all the confidence and resources I need to continue my success story.”