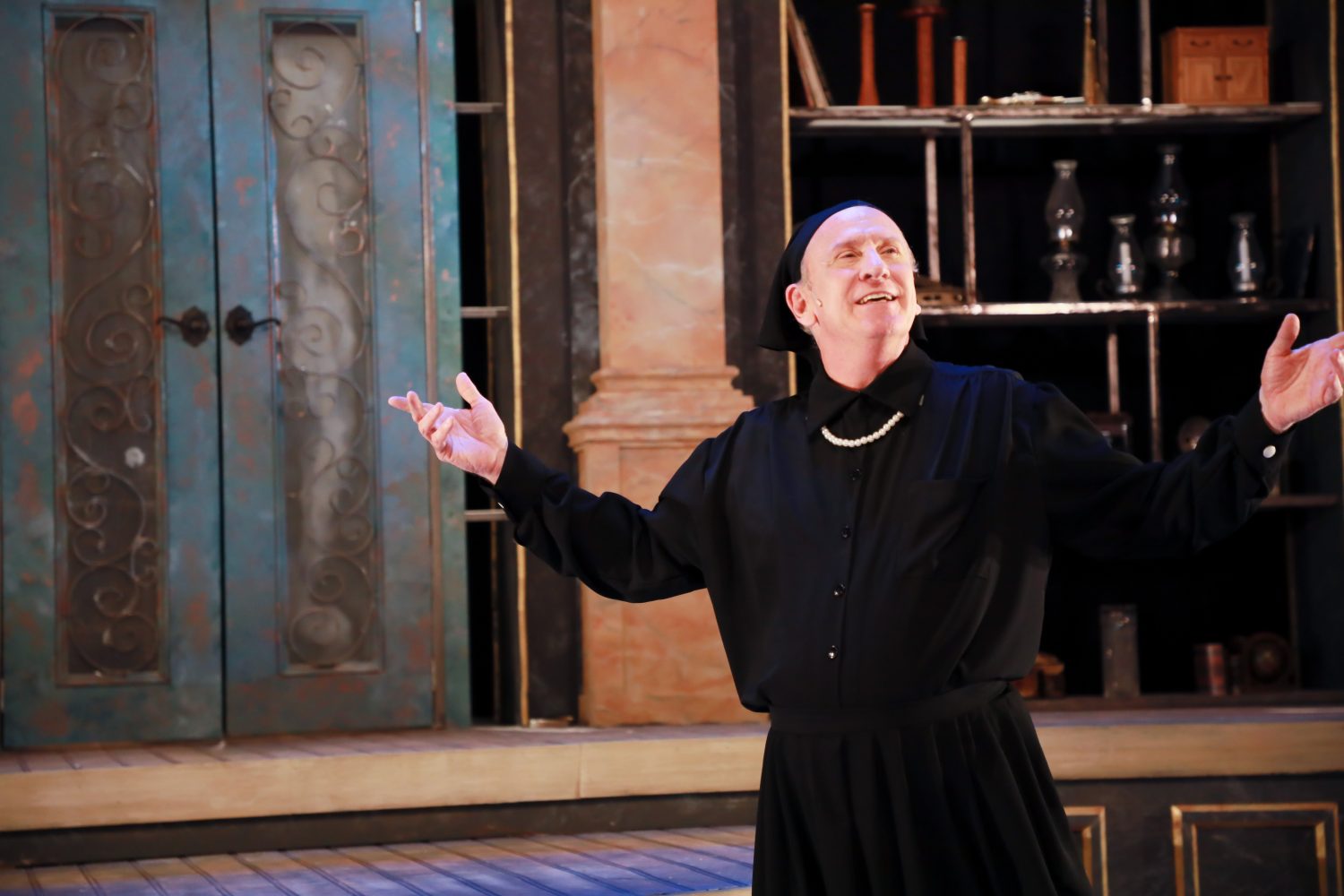 The show must go on! In order to keep patrons safe during the ongoing COVID-19 pandemic, WaterTower Theatre recently announced that it will round out its 2019-2020 season with a video on demand filmed presentation of I Am My Own Wife this July and a virtual star-studded concert event in August. Hey, if it worked for Hamilton, it’ll definitely work for WaterTower Theatre!

I Am My Own Wife was originally scheduled to run in April 2020. When stay-at-home orders were announced, the production was already in pre-production and the set, designed by Brian Clinnin, was abandoned mid-build in the WTT shop with the future of its fate unknown. Since then, live theater cancellations due to health and safety concerns have become common place but remain very sad, difficult choices for theaters across the nation.

“However, because of the unique nature of this one-person show, WTT has found a creative, and most importantly, safe plan to resume production on the show this month and is producing it as a film to be streamed online to patrons,” stated a recent press release. “WaterTower has implemented strict social distancing and very robust safety standards exceeding those of both the CDC and the state of Texas for rehearsals and the filming of this production.” The safety standards for this production can be referenced on the WaterTower website here.

If you were sad that you didn’t get to see this play in April, then you’re in luck! Patrons will be able to enjoy I Am My Own Wife from the comfort and safety of their own homes from July 16-August 2, 2020. All WaterTower season subscribers and single ticket holders will receive a code to view this filmed theatrical event online. Patrons who have not already purchased single tickets can purchase via our website or by calling the box office. Simply pick a ticket for any “performance” and watch at your leisure any time between July 16 and August 2.

This Pulitzer Prize-winning drama by Dallas native Doug Wright is based on the true story of Charlotte von Mahlsdorf, an elegant and eccentric 65-year old German transgender woman who, against all odds, managed to survive both the Nazi onslaught of WWII and the repressive East German Communist regime occupations of her home. Inspired by in-person interviews with Mahlsdorf conducted by the playwright over several years, I Am My Own Wife tells the fascinating stories of Mahlsdorf’s captivating and controversial life. Using more than 30 characters all played by a single person, Wright has crafted a play which is not only a monumental challenge for any performer, but also an unforgettable incredibly unique experience for audience members. Winner of the 2004 Pulitzer Prize for Drama and Tony Award for Best Play, I Am My Own Wife is a profound story of courage and survival.

Additionally, WaterTower is pleased to be working with David Singer, the co-founder and CEO of Academy of Storytellers and Story & Heart to translate this production into a filmed theatrical event, as well as local film makers and cinematographers, Jeremy Bay and Brittany Bay of Bay Productions.

Later this summer, WTT is planning a concert which will highlight the town of Addison to further entertain our subscribers, while giving back to Addison and providing safe employment to artists in the DFW area. This concert event will replace The Bridges of Madison County, which has been postponed indefinitely due to safety concerns for the artists. WTT enjoys support unlike any other theatre company in North Texas from its hometown of Addison and we would like to celebrate that relationship with this final season production concert event: ONE Addison – Community That Builds, which will also recognize various other organizations, businesses and city government. This concert celebration will feature local favorites and a few celebrity surprises, and it will be available to watch via video on demand in late August. “

“WaterTower has been impacted, as have all arts organizations during recent months, but we are looking forward to the future,” according to the release. “Until we can gather together at WTT, we will continue to provide North Texas artists with safe work opportunities, and our patrons with safe ways to enjoy professional theater. In 2020, WaterTower plans to evolve from ‘Theatre That Builds Community’ to ‘Community That Builds Theatre.’ Please join us.”

I Am My Own Wife is streaming from July 16-August 2. Tickets are $38, with student discounts available. All subscribers will receive a code to watch the filmed theatre event, and current single ticket holders will receive a code to watch as soon as the show is available for viewing. Single tickets purchased after the video is available will be provided a code to view within 24 hours of purchasing their ticket. Tickets are available online or by calling 972-450-6232.