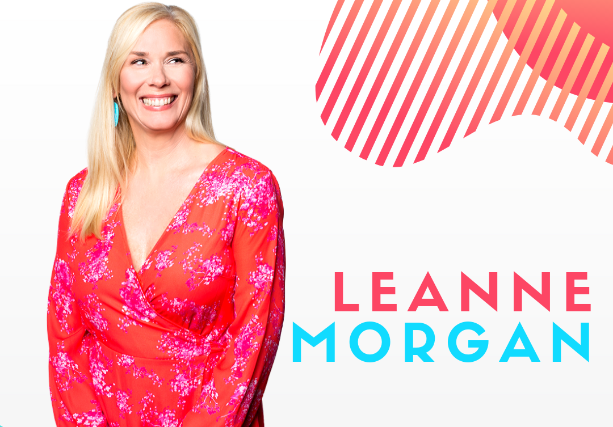 Want a good laugh? If you’re looking for something to do this upcoming week, make your way down to the Addison Improv Comedy Club for Leanne Morgan’s show!

Morgan is native from a small rural town in Tennessee. She finds comedy in her daily life everyday. She tells the most hilarious stories about the challenges of a suburban life, and how she keeps up with her kids, her husband and cheerleading camp. Her stories won’t even give you a break to breathe out of all the laughter you’ll get out of her stories.

She has been on the Dr.Phil show as part of his advice panel, and she has also worked with Paula Deen on her cooking shows multiple times. She has worked with Warner Brothers and ABC to develop her own comedy sitcom. She is currently in talks with writer/producer Matt Williams and Lionsgate for a half hour sitcom.

She also has a comedy special called “So Yummy” which can be streamed on VidAngel.

Morgan doesn’t only do comedy live, but she can be heard daily on Sirius/ XM Comedy Channels and has performed in various comedy clubs and art centers across the country.

She has also toured with “Southern Fried Chicks” for three years and is now part of “Country Cool,” a new comedy tour club. “Country Cool” is made uo of Leanne herself and two of her close friends, Karen Mills and Trish Suhr. The comedy club is also one you do not want to miss once they start touring again!

Leanne Morgan will for sure make your night at her comedy show! Her southern charm, charisma and funny personality won’t disappoint you. She will be making her only stop in Addison on July 23 at the Addison Improv Club Comedy at 7 p.m.

Take Pictures at POP! By SNOWDAY Inside Galleria D