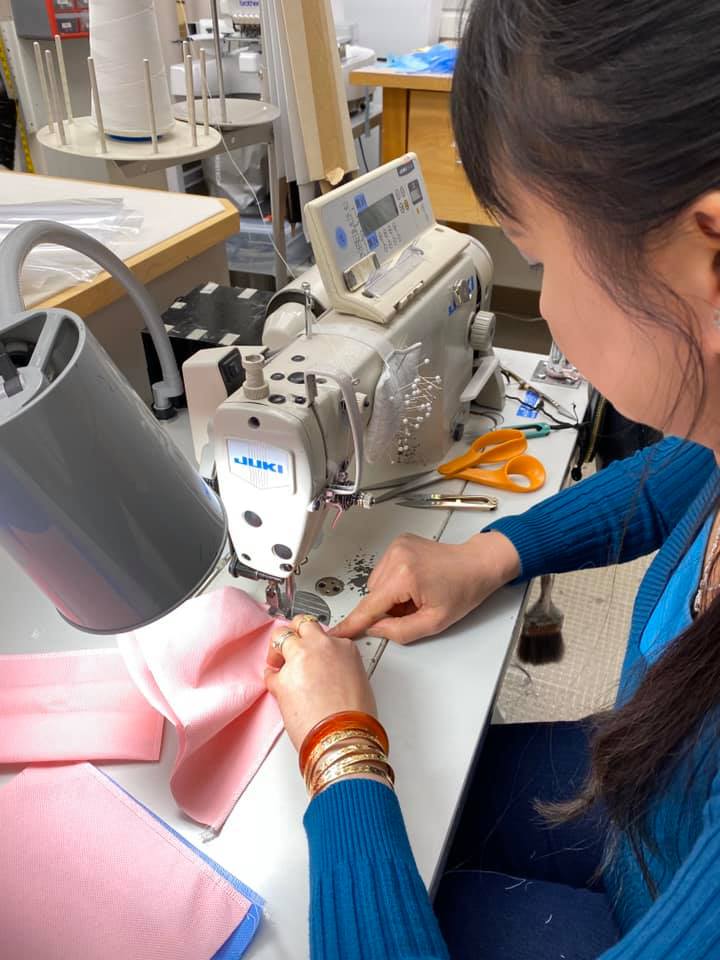 Who else is longing for the day when we can go shopping again? I personally can’t wait for the COVID-19 crisis to end so I can get some good old-fashioned retail therapy. In the meantime, even though their doors are closed to the public, the staff of Galleria Dallas are working to use their available assets to help the community. The shopping center is sharing motivational messages on its prominent billboard on the Dallas North Tollway and the surface of the Westin Galleria Dallas, as well as using its website as a portal for donations to a series of local nonprofits.

Galleria Dallas sits at the most visible intersection in North Texas and realizes that real estate brings valuable visibility. Beginning April 1, the center began projecting motivational messaging along the surface of the Westin, and on its billboard on April 3.

The center is also collecting a list of non-profits who are serving the most vulnerable of us during this pandemic, and each week is using their website as a portal for donations. Thus far, they have provided access to the North Texas Food Bank and Everybody Eats. Additionally, during the live stream of the center’s popular Showtime Saturday show, they collected donations to The Laughter League, and will continue to do so each Saturday.

Furthermore, the center continues to celebrate and call attention to retail partners who are engaged in helping the community. For example, the alterations department at Nordstrom Galleria Dallas is one of four locations where seamstresses have been called to create masks as a part of an initiative to create 100,000 medical masks for Providence Health. Retailer Bullzerk has created a special T-shirt with 100% of the proceeds going back to workers in the service industry. Each of these initiatives is part of a collective campaign promoted by Galleria Dallas.

Additionally, Galleria Dallas has been on a mission to support local artists, makers and community members who have a unique voice. Their recently established Artist Collective program will share online content from up-and-coming artists and makers that uplifts, engages and educates. They are looking for artists, chefs, painters, graphic designers, performers and anyone else looking to share their passion with the community to sign up online. Winners will receive a $250 cash prize! The initial concept will run through mid-May and winners’ work will be showcased on Galleria Dallas’ social media accounts.

The center plans for leading artists and prominent community members to curate Galleria Dallas’ social media feeds weekly from artist submissions. Self-taught urban artist, Drigo, will curate the first round of entries on April 12. Drigo’s art became the most recent part of Galleria Dallas’ permanent collection after a live sculpture painting demonstration in early March. His work, “Growing Up”, can be seen on Level I near Zara. The display was commissioned after an earlier three-series wall installation on Level I by local duo The Color Condition.

Galleria Dallas is an iconic shopping center with a unique collection of more than 200 retailers, restaurants and experiences, including Nordstrom, Macy’s, the world’s only GAP, Banana Republic and Old Navy combo anchor, a market-exclusive American Girl, the Westin Galleria Dallas Hotel and the signature Galleria Ice Skating Center. They welcome more than 19 million visitors annually. For more information, call 972-702-7100.

One thing’s for sure, as soon as the shelter-in-place ban is lifted, we can’t wait to go shopping again at Galleria Dallas! Keep up the good working for the community!