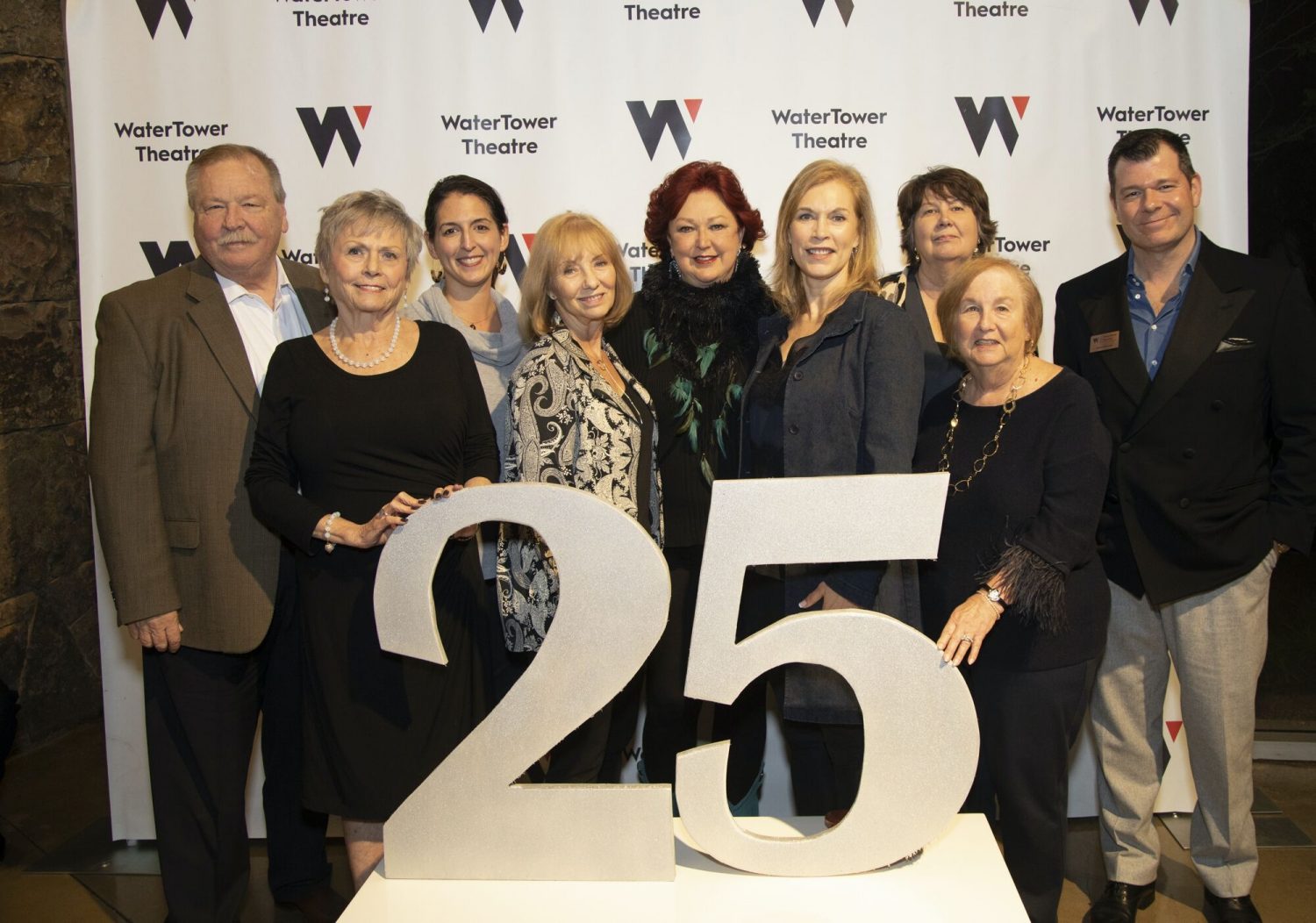 Shane Peterman, producing artistic director of WaterTower Theatre, announced details of the company’s 2020-2021 season on Jan. 16. This is the 25th season for WaterTower Theatre, and the second season programmed by producing artistic director Shane Peterman and associate producer Elizabeth Kensek. The five-show subscription season includes Mel Brooks’ brand new West End adaption of the hit movie musical Young Frankenstein; Simon Steven’s Tony-award winning play, The Curious Incident of the Dog in the Night-Time; the Tony-award winning American classic, A Raisin in the Sun; and the world premiere of the new musical, Goin’ Hollywood. There will also be two season add-ons: an all-new holiday celebration co—produced with Lone Star Circus, Cirque Holidays, and a limited-run of AMP: The Electrifying Story of Mary Shelley.

“I am excited to celebrate WaterTower Theatre and its twenty-fifth anniversary with you!” said Peterman in a recent press release. “This second season continues my fresh approach to programming, propelling the theatre into a new era of success and growth. This season has something for everyone and is a tribute to the many artists, patrons and the wonderful city that, together, helps to shape one of North Texas’ most prominent professional theatres.”

The 2020-2021 Terry Martin Main Stage Season kicks off with the musical adaptation of the hit 1974 film, Young Frankenstein (October 22 – November 8, 2020), directed by Cheryl Denson and musically directed by Adam C. Wright. Filled with catchy songs, fabulous dancing and outrageous laughs that only a Mel Brooks show can deliver, this newly published adaptation from London’s West End was awarded the Laurence Olivier Award for Best New Musical in 2018.

During the same week that Young Frankenstein opens on the Main Stage, WTT will be presenting the U.S. premiere of AMP: The Electrifying Story of Mary Shelley, written and performed by Jody Christopherson and directed by Isaac Byrne in the Karol Omlor Studio. AMP is an electrifying 60-minute solo work based on the life of Mary Shelley, the creation of Frankenstein, and the birth of modern feminism. Come meet the woman behind the monster!

The 25th season continues with the all new Cirque Holidays (December 10-20, 2020), a co-production with Lone Star Circus featuring new acts by circus performers from all around the world through a unique blend of theatre and circus. Next, 2021 will bring the regional premiere of Simon Stephens’ play The Curious Incident of the Dog in the Night-Time (February 4-21, 2021), directed by Emily Scott Banks. This Tony-award winning, groundbreaking contemporary play (based on Mark Haddon’s best-selling book of the same title) offers a richly theatrical experience telling the touching and humorous story of fifteen-year-old Christopher, an extraordinary boy who is determined to solve a mystery in his West London neighborhood.

Next, we celebrate everything that audiences love about WaterTower Theatre –  a red carpet event celebrating WTT’s Silver Anniversary with our 25th Anniversary Concert event (March 4-21, 2021). Come celebrate the history of WaterTower Theatre’s first 25 years, featuring your favorite North Texas performers and musicians who have brought the glamour of Broadway to the stage over the years!

Next on the Main Stage, is the Tony-award winning drama that changed American theater forever, A Raisin in the Sun (April 22- May 9, 2021), written by Lorraine Hansberry. This American classic will be directed by Phyllis Cicero. It tells the story of the Younger family, who are living in Chicago in the 1950s. This story remains as powerful and relevant today as it was 50 years ago.

The season concludes with the world premiere of a brand-new musical filled with Hollywood glamour, romance and intrigue – Goin’ Hollywood (June 10-27, 2021) by Stephen Cole and David Krane. Alice Chandler and her writing partner, Garson Stein, find themselves hurtling back in time to Hollywood in 1949, the golden age of movie musicals. Here, they meet L. B. Mayer, who hires them as writers. Alice and Garson soon discover that everything is not as they imagined: the studio system crumbling around them and the blacklist is targeting their closest allies! The 25th season wraps up in style with this big splashy musical, featuring a heart as big as MGM and a totally original, catchy, jazz-tinged score.

All productions will be staged at the Addison Theatre Centre at 15650 Addison Road, Addison, TX 75001.

Five-show season subscriptions are on sale now.  The renewal deadline for current subscribers to keep their same seats or received priority reseating is June 30. Subscriptions range in price from $119 (Preview Thursday and Wednesdays) to $156 (Thursday, Friday, Saturday and Sundays). Subscription prices increase after August 1 to $145 (Preview Thursday and Wednesdays) and $175 (Thursday, Friday, Saturday and Sunday). New subscriptions are available by calling the Box Office at 972-450-6232, and renewals can be made by phone or in person. Individual tickets go on sale in Summer 2020.

Congratulations to WaterTower Theatre on 25 amazing years! We are so excited for this new season – and can’t wait to see what you’ll do in the next two-and-a-half decades.