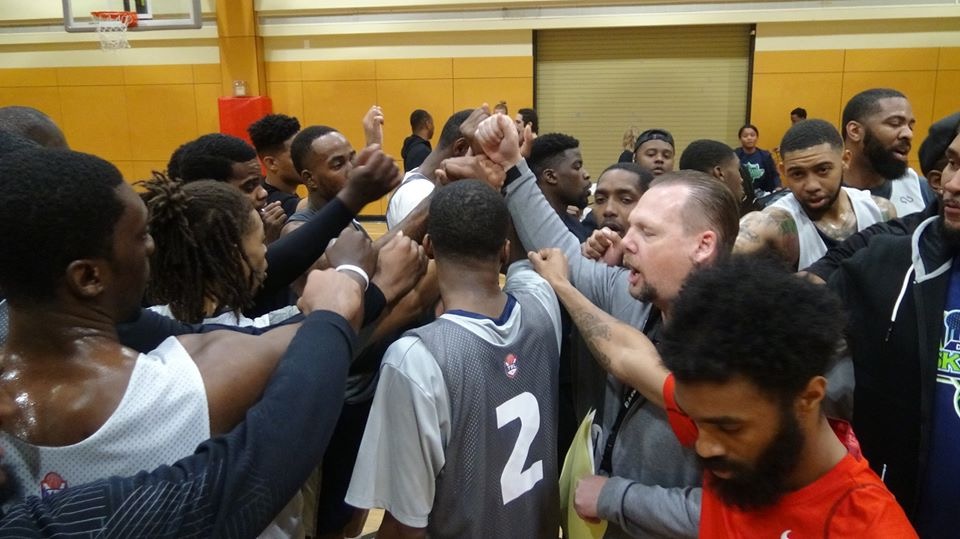 “Dear Basketball, I want to start off saying thank you for not only changing, but also saving my life more times than you realize. You have helped me through many milestones in my life and let me live through you so graciously. Now that we are here, on this journey with the Dallas Skyline, let’s change the lives of more young people. Inspire a community. Be a resource for love, compassion, and service. Help me make the Dallas Skyline Basketball Club a pillar of this community and an experience we can be proud of.”

Dallas Skyline kicks off its season Feb. 2. However, you don’t have to wait very long to catch the team in action. On Jan. 12, they will have their Blue vs White game at Loos Fieldhouse. The Blue vs White game will have the feel of a midnight madness type of game. They will also have two exhibition games on Jan. 19 and 26. These games will give fans a chance to see what Skyline is all about. The team is planning to have some very cool treats for their fans, including a Dunk Contest!

For the home opener Feb. 2, Skyline is planning to give its fans an absolute treat! They will face already established rivals Lewisville Yellowjackets. Expect this game to be a fast-paced, high-flying game. The team’s dance team will get the crowd into the game and there will be some other surprises for fans to enjoy.

One of the key players to look for on the court as fans get familiar with the team are Skyline’s Point Guard Charlie Shorter. A bonified scorer, Shorter is also fun to watch and is sure to be a fan favorite. For those who follow the Big 12 Conference, you will recognize a couple of players: TJ Maston from Baylor and Aaron Ross from Texas Tech will be in the front court.

To give us some more insight into the team and what we can expect to see from the team on the court, we got a chance to ask Skyline’s Head Coach Chris Terrell a few questions.

Addison – The Guide: What are you looking for during the start of the season from your team? Chemistry, developing a style of play?

Chris Terrell: Those are two great ones. Building blocks, yes. Chemistry and style of play are two key elements. Also, the mental and physical demands of the job take a rare training. Basketball is a sport that is as physically demanding as any. I don’t think people realize how big these guys are and how big those arenas/courts are. There are no pads or helmets. The pro basketball starter that plays 36 minutes of a 48-minute game will run an average of 3 miles. Most of those 3 miles are changing directions constantly and athletically in different directions, changing from offense to defense, jumping, sliding the feet, down in a stance, defending 7 feet and 300lbs on the post, running full speed into guys setting screens whose size is so rare that if 4 of them walked through the grocery store everyone would stop what they’re doing! It’s a unique and rare individual that can do that. We want a team full of guys that will put forth the level of intensity that results in winning basketball games. We can think ahead but only to really understand what’s needed in the preparation. We open Feb. 1 at Lewisville and our home opener at Loos Fieldhouse will be Feb. 2. My job is to get them ready for that. We’ll travel across the country and play back-to-back-to-back in early February. A big part of what we look for is who can do that at an elite level while still executing the skilled aspects of the job.

ATG: Can you give us some insight into the upcoming games? Matchup scenarios, top players on the opposing team that we should know about?

CT: Our crosstown rivals are the Lewisville Yellowjackets. We start the season with an away/home matchup with them Feb. 1 and 2. The second is our regular-season home opener at Loos Fieldhouse in Addison. They have a quality big man by the name of Austin Weiher. He’s 6’8” 240lbs and plays the 4 position. He can shoot outside and dunks on everyone. He reminds me a little of a mix between Blake Griffin, Karl Malone and Kevin Love. We’ll have to work together as a team to attempt to contain him. Also, we don’t see them until March, but Shadell Millinghaus with the Albany Patroons is a physical lead guard at 6’2 200lbs that gets to the basket over the trees. He’s amazing! It’s the third-highest level of professional basketball in this country. These guys were almost all-stars as college basketball players and many have had NBA workouts and overseas careers.

ATG: How has the team been preparing leading up to the start of the season? Preseason games?

CT: We open training camp on Jan. 8, and we’ll have our Blue/White game on Jan. 12. This will be the first chance to see us early on in our training camp. At that point, we expect to have 24 players competing for the 12-man roster. That game on the 12 at Loos Fieldhouse will be a lot of fun. It’s the first real look at what we know is an incredibly special group. We’re excited about this team! We’re excited for the community. For Dallas! For Addison!

Dallas Skyline is part of The Basketball League. The league has 19 teams and is on the playing level of the NBA’s G-League. An important part of the basketball world, The Basketball League gives players who do not make an NBA roster an opportunity to play in the U.S. instead of going overseas.