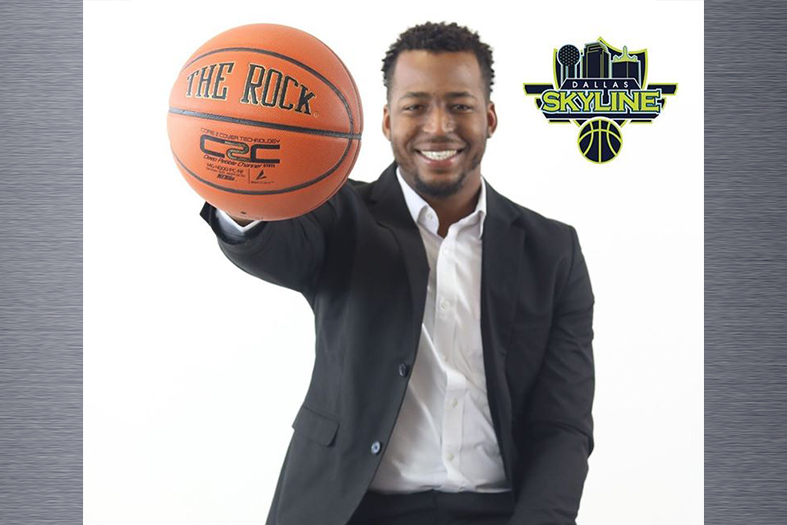 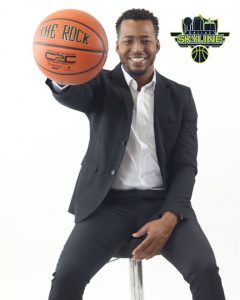 I want to start off saying thank you for not only changing but saving my life more times than you realize. You have helped me through many milestones in my life and let me live through you so graciously. Now that we are here, on this journey with the Dallas Skyline, let’s change the lives of more young people. Inspire a community. Be a resource for love, compassion, and service. Help me make the Dallas Skyline Basketball Club a pillar of this community and an experience we can be proud of.” Prescott Mack, Owner and General Manager.

The Dallas Skyline Basketball Club is coming to the Loos Fieldhouse and Addison! The team gets its name from the beautiful Dallas skyline. According to their website, “Dallas Skyline gets it’s name from what really helps Dallas stand apart from other cities. When you drive into Dallas and look into the horizon there’s not a more beautiful site than that of our Skyline. Go to the Horizon bridge in Rockwall, the Hills of White Rock Lake, or look out the window at the DFW airport. The Skyline is unique, powerful, exciting, and full of opportunity.”

The team is part of The Basketball League (TBL) which is home to 19 teams. TBL is on the level of the NBA’s G-League, which gives players who do not make an NBA roster a chance to play in the U.S. instead of going overseas. About 95 percent of their players have played overseas, they have a lot of experience on the court and fans can expect to see high level, competitive play on the court. According to their website, “The Basketball League (TBL) is dedicated to delivering a World Class Professional Basketball experience to our community, our fans, and business partners.”

For Dallas Skyline owner Prescott Mack, it was an easy decision to bring the team to the TBL. “It was a no-brainer for me to want the Skyline in the TBL. Where else would I go? There’s no alternative, it’s the only legit league in the states besides the NBA and their developmental league.”

Prescott Mack is a native Texan, and since he was just a little boy, he has always loved sports. According to the Dallas Skyline website, “Mack has always been an athlete, so much so that his first word was “ball”. Bred to be a shortstop, he spent most of his early childhood winning little league baseball championships. But he quickly learned he had a knack for being a quarterback and as he grew into his middle school years, Prescott caught a lot of eyes leading football teams to victory. Mack played Quarterback from 7 years old until sophomore year of high school when he was moved up from JV QB to back up Varsity QB but then had to step in at corner due to injury of a teammate.”

Mack went on to become a division 1 prospect as a corner, however, all Prescott cared about was playing basketball. He attended Lubbock Christian University on a partial scholarship and studied marketing and management which lead to his career as a Sports Agent. At the young age of 21, he became a licensed FIBA Sports Agent and has had quite a successful career. He has been able to broker close to $1.2 million in contracts all over the world in his seven-year career. Prescott has started a few companies which have helped supplement his agency Mack Sports Group. Now at 28 years old, Prescott is looking to tap into the next phase of his career as he takes ownership of the Dallas Skyline Pro Basketball Team in the TBL.

The team’s first preseason game is Jan. 12 with two others on Jan. 19 and 26. Their first regular-season game will be around the first of February (the season schedule will be out soon.) All games will be broadcasted online. The team will also feature a dance team and a live DJ which will entertain the crowd during halftime and during the game with different promotions. Make sure to get your tickets early and bring the family! It’s a fun and affordable way to spend an evening watching a professional basketball team right in our neighborhood.

“We want to touch every inch of the Dallas Metroplex. We have a unique city that’s actually made up of almost over 100 different cities. We want to be in every community. From Garland to Plano, Irving to Desoto, Addison to Prosper. We want the whole metroplex to FLY WITH US!”