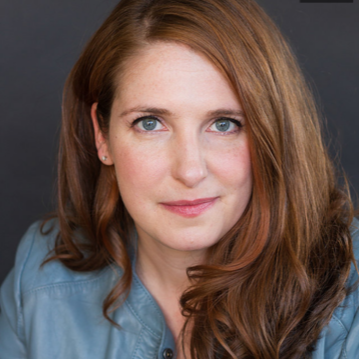 Congratulations to Elizabeth Kensek, who was recently named associate producer of WaterTower Theatre (WTT)! Kensek, who formally assumed her position on Aug. 12, will work with theatre leadership to champion the company’s artistic vision, while also overseeing much of the organization’s critical production and operational tasks.

“I have known Elizabeth to be a true professional, artistic leader and someone who cares deeply for the theatrical arts for many years,” said Shane Peterman, producing artistic director at WTT, in a recent press release. “Having Elizabeth on our team is a wonderful, positive step in the rebuilding of WaterTower Theatre.”

The former associate producer of WTT, Kelsey Leigh Ervi, left to pursue a graduate degree in directing from Northwestern University. Kensek comes to the position with over 15 years experience in both the theatrical arts – as a performer, stage manager, educator and producer – and the business world, where she has served as a business analyst, project manager and account manager.

“I am honored to be joining this landmark institution, one that understands the vital importance of professional theatre in North Texas,” said Kensek in the release. “I’m excited to work with Shane and the team on future programming plans. I am a long-time admirer of WaterTower Theatre and it artists. I believe that we have the opportunity to be a formidable and profitable leader in our industry, and I believe that our success will also bolster the success of local Addison businesses and the greater community that surrounds us.”

Kensek grew up in Chicago and attended Illinois Wesleyan University. After graduating, she lived in New York City for over a decade. Now, she is excited to move to Texas permanently, after having spent the last six years splitting her time between NYC and Anna, TX, where she lives with her husband, Steve Barcus, and their dog, Henry. She has been a professional actress since the age of 13, where she has worked in theaters across the country in genres such as musicals, plays, classical, devised, experimental and children’s theater in over 100 productions.

She recently expanded her professional theater experience to include stage management, creative and producing team positions in the last decade. She is also a member of the Actors Equity Association, has served as the Director of Development and Artistic Associate for Theatre 4the People in NYC, and was an original contributor to both Theatre 4the People and Working Man’s Clothes Theatre companies. She also played with The Barcus Brothers band at music venues across Dallas/Fort Worth and enjoys working with various nonprofit organizations including Human Rights Campaign, The Sunshine Kids and The Actors Equity Foundation Steven J. Falat Basket Project.

Good luck to Kensek on this new position!