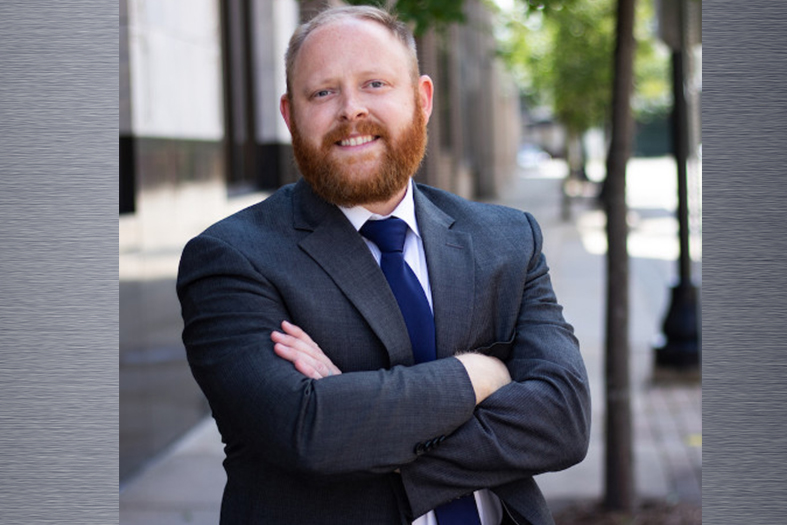 Beer, burgers and bursting fireworks: what would a Fourth of July celebration be without them? But while you are sipping, chomping and admiring, remember the true meaning behind the day: freedom for all. New Addison resident and one of the owners of Crunch Fitness Addison Wesley Sparks is one of the many Americans who have fought for that right over the years. Today – his birthday! – he recounts some of his fondest memories serving our country.

One month before the devastating terrorist attacks on September 11, 2001, Sparks enlisted in the United States Army at 17-years-old. “Ever since, I never saw a reason to leave the amazing, inspiring people I was lucky enough to work with,” he explained. Through the Army, he attended Wright State University in Dayton, Ohio, to be commissioned as an infantry officer. From there, he did “what every young guy wants to do” – jump out of airplanes as a paratrooper! Next, Sparks attended and graduated from Ranger School, which is the premier combat leadership training in the U.S. Army.

Throughout his time as an infantry officer, Sparks served from platoon leader up to company commander, leading on two deployments to Afghanistan. He eventually retired as a major at the end of 2018, due to a culmination of injuries he received while searching for the deserter Bowe Bergdahl in 2009 and from his second deployment in 2013. 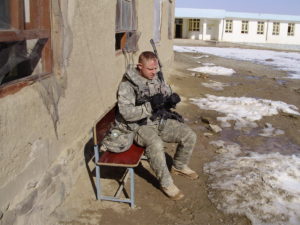 During his 17 years in service, he was awarded many badges and awards, including: the Combat Infantryman’s Badge, two Bronze Star Medals and a Meritorious Service Medal. However, he is most proud of ensuring that the six men in his platoon were awarded the valor awards they deserved, including a Silver Star, two Bronze Star Medals with Valor Device and four Army Commendation Medals with Valor Device.

Even though he proved himself over and over again in the Army, Sparks still had a hard time transitioning to civilian life afterward. This was in part due to the challenges of finding employers that would understand how similar Army values are with the positions they are looking to fill: such as leadership, trust, integrity and resourcefulness.

“Many companies are supportive and would like to hire veterans, but unfortunately, many professionals in human resources are not familiar with the scope of responsibility associated with different military career fields, especially a field grade officer,” said Sparks. “Even though I had an MBA and had managed a $200 million defense acquisition budget in my last assignment, many employers would default to offering entry level positions. That is a big part of what led me to entrepreneurship and operating franchise business locations.”

That’s where Crunch Fitness comes in, a No Judgements gym filled with the best strength and cardio equipment in the industry, world-class personal trainers and unique amenities including online video workouts, HydroMassage beds and more. Instead of finding just any job, Sparks took control of his career by becoming a business owner and investor in Addison by becoming one of the owners purchasing Crunch Fitness.

“I arrived in Addison in the middle of April to start the takeover of Crunch Fitness Addison,” explained Sparks. “I came here from Detroit, so this is my first Texas summer! Crunch is the fastest growing fitness brand in the large-size gym brand. We have a really cool approach to No Judgements fitness. We try to cram as many high-end features and classes as possible into the lowest price point, which makes Crunch affordable to anyone who is new to fitness or just trying to look for a place to help them reach their goals. It is really amazing to see someone on the right path or finally achieving their goal. We have so many members that join to lose weight for a big day, try to stay active to keep up with their grandkids or even get in top shape for performance in a sport. That really keeps things exciting!”

When he is not busy at work, Sparks spends his free time visiting his wife, three children, foreign exchange student from Korea and dog, who still live in Michigan. Other times, he visits Brookhaven Country Club for a round of golf. “My birthday is July 3, so I will be celebrating right here in Addison for my first ever Addison Kaboom Town!” said Sparks. “I’m really looking forward to that event, where we will have a booth set up with lots of prizes and giveaways, including free memberships.”

Thanks for your service, Sparks! We are thankful for your dedication to our country and our community. Wherever you celebrate our nation’s freedom, be sure to show your appreciation to the men and women who continually defend it. After all, Old Glory wouldn’t be flying high if it wasn’t for them. And that beer in your hand? Even more delicious when you drink it with a heart of gratitude.

2 thoughts on “Retired U.S. Army Major and One of the Crunch Fitness Addison Owners Celebrates His Birthday and America’s Freedom on July 3”