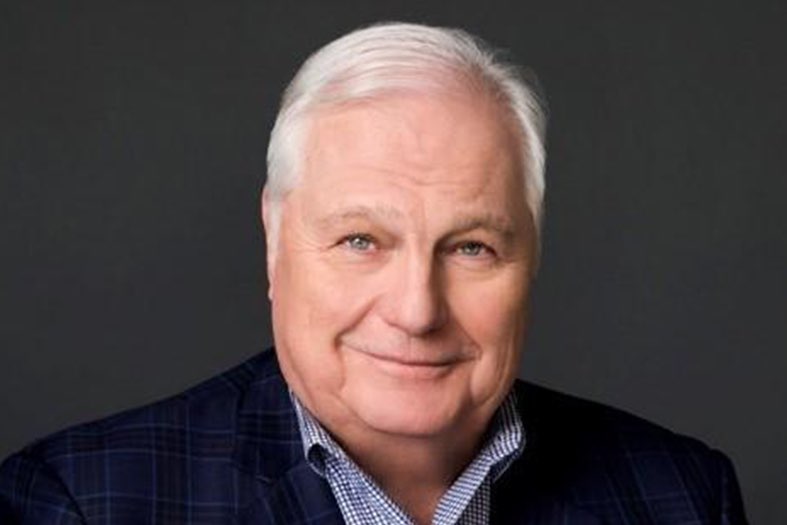 Famed local sports anchor Dale Hansen is coming to Addison June 13 as the featured speaker at the Sixth Annual Addison Economic Development Luncheon! Hansen is the weeknight sports anchor on WFAA, Channel 8, and also hosts “Dale Hansen’s Sports Special”on Sundays. He will be presenting, “Searching for Truth in an Era of #fakenews: A Journalist’s Perspective” at the luncheon, from 11:30 a.m.-1 p.m. at Renaissance Dallas Addison, located at 15201 Dallas Parkway.

Hansen began his career as a radio disc jockey and operations manager in Newton, Iowa, and later became a sports reporter at KMTV in Omaha, Neb. His first job in Dallas was with KDFW, Channel 4, before finding his home with WFAA in 1983.

His distinguished career has many highlights. In 1987, he was honored with the George Foster Peabody Award for Distinguished Journalism. He also won the duPont-Columbia Award the same year for his contribution to the investigation of Southern Methodist University’s football program – an investigation that resulted in the NCAA prohibiting SMU from fielding a football program in 1987. Other awards include: two-time Sportscaster of the Year by the Associated Press, three-time Sportscaster of the Year by the National Sportscasters and Sportswriters Association, Best Sportscaster by United Press International and the Dallas Press Club, TV Personality of the Year by American Women in Radio and Television, and Best Investigative Reporter by the Iowa Associated Press.

In March 2019, Hansen was honored with the Radio Television Digital News Foundation’s Lifetime Achievement Award, joining past winners Tom Brokaw and Robin Roberts. The award announcement credited Hansen’s “razor sharp” “Unplugged” commentaries, which have gone viral. Hansen is the only local on-air broadcaster who has received this award.

According to a recent press release, Hansen describes himself as “a small-town guy from Logan Iowa…never went to college…have had 11 jobs in my life and been fired from 9 of ‘em…but I am that person who always believes there’s a better day coming…so I never give up.”

Attend this luncheon to hear from this journalist who works hard to share the truth and his opinion on important social issues right now. His current topic of interest is #fakenews, a growing probably where lies and made-up news stories are circulating the Internet disguised as facts and tricking even the most savvy-minded.

Tickets to the luncheon are available online for $25 per person or $400 for a table of eight. Invite your friends or book a table for your colleagues!

The Annual Addison Economic Development Luncheon is an event designed to bring together renowned speakers to discuss a timely topic that North Dallas Corridor residents will enjoy. Last year’s event featured Peter Kageyama, a community development consultant and grassroots engagement strategist who talked about his book, For the Love of Cities: How to Fall in Love With Your City!”.

The Sixth Annual Addison Economic Development Luncheon is hosted by the Town of Addison, Spectrum Reach and Metrocrest Chamber of Commerce. The door prizes provided by Spectrum Reach include a 40” Samsung UHD Smart TV, a Fitbit Ionic and Google Home.

The Town of Addison’s Economic Development department is led by Orlando Campos. This department helps people take advantage of the opportunities found in Addison for companies who are looking to relocate or expand, people who want to start a business, and groups that want to host a meeting in North Texas’ most dynamic community.

Metrocrest Chamber of Commerce is an economic development organization focusing on existing business and community development issues. It works with Addison, Carrollton and Farmers Branch to develop and implement initiatives that contribute to the enhancement of the local economy. Through its partnership with these three cities and in cooperation with their own Economic Development departments, many activities are conducted to stimulate business activity in the area.

Addison is home to more than 180 restaurants, 23 hotels, upscale living, world-class special events and more than 12 million square feet of office space. In addition to the Economic Development luncheon, there are many upcoming events to enjoy, such as Taste Addison May 31-June 2 and Addison After Dark June 15.

Attend the Sixth Annual Economic Development Luncheon to connect with fellow residents and businessmen and women, learn something about the world we live in, and eat delicious food. Welcome to Addison, Hansen – we can’t wait to hear from you!