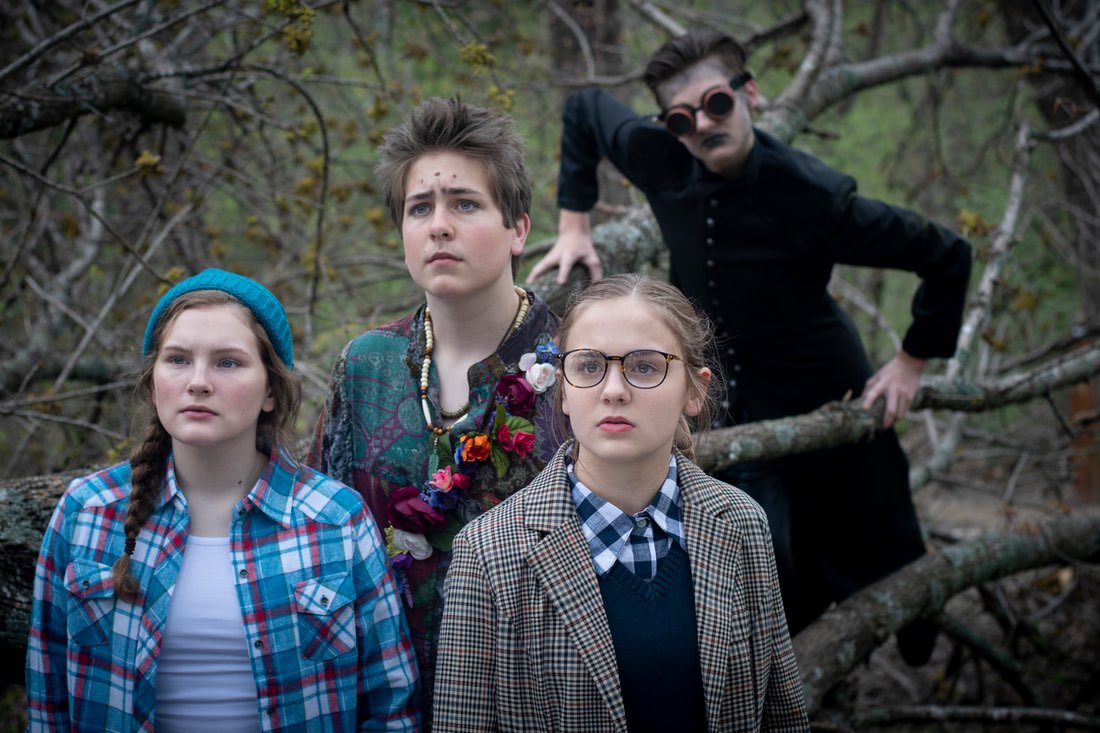 Coming up at O

utcry Theatre is a modern take on H. G. Wells’ first novel, The Time Machine. The play will run from Friday, April 5, to Sunday, April 14. The novel by H. G. Wells was published in book form in 1895. The Time Machine is considered one of the earliest works of science fiction and the predecessor of the “time travel” subgenre. The play is being directed by Jason Johnson-Spinos and features Alexandra Gray and Jordan Battey as Marie and Alexa Stratton and Madeline Carter as Jocelyn.

About The Time Machine

A story about a young scientist (Marie), who is working to break through the barrier of time, hoping to discover if humanity will ever solve the world’s problems. However, when her friend Jocelyn starts the time machine before it’s finished, they both travel into the future, and into a stunning new reality. The human race has evolved into two radically different species. The childlike Eloi who live above ground, and the Morlocks who live below ground. The time machine is stolen by Morlocks and Marie and Jocelyn enlist the help of an Eloi to try and recover it or else they may be stuck in the future forever.

Encyclopædia Britannica describes The Time Machine as a “scientific romance” that inverts the nineteenth-century belief in evolution as progress. “By setting the action nearly a million years in the future, Wells was illustrating the Darwinian model of evolution by natural selection, “fast-forwarding” through the slow process of changes to species, the physical world, and the solar system.” They also describe it as a class fable and a scientific parable. It gives insight into Wells’s own period in time where the upper classes and the “lower orders” are recast as equal, yet different, “degenerate” beings. “Degeneration is evolution in reverse, while Wells’s dystopic vision in The Time Machine is a deliberate debunking of the utopian fictions of the late nineteenth century, in particular, William Morris’s News from Nowhere. Where Morris depicts a pastoral, socialist utopia, Wells represents a world in which the human struggle is doomed to failure.”

The Time Machine gave Wells immediate success and he began a series of science fiction novels that revealed him as an original writer with an immense wealth of ideas. Some of his other novels include The Wonderful Visit (1895), The Island of Doctor Moreau (1896), The Invisible Man (1897), The War of the Worlds (1898), The First Men in the Moon (1901), and The Food of the Gods (1904). He also wrote many short stories, which were collected in The Stolen Bacillus (1895), The Plattner Story(1897), and Tales of Space and Time (1899).

“Visceral. Energetic. Youthful. Outcry.” The mission of Outcry Theatre is to bring youth and young adults to the theatre as both audience and participants. According to its website, “Outcry Theatre utilizes bold artistic vision, highly physical staging, and an energetic and visceral performance style. With rigorous rehearsals, tenacious attention to detail, and unwavering dedication to excellence, Outcry Theatre focuses on developing stellar performances and exceptional storytelling.”

To purchase tickets, visit the Outcry Theatre website. You can also get information on upcoming productions. Outcry Theatre is located at the Studio Theatre in the Addison Theatre Centre, 15650 Addison Rd. Addison, Texas 75001. Follow them on Facebook and make sure to subscribe to their Podcast as well to hear from Outcry Theatre’s artistic director Becca Johnson-Spinos as she sits down with actors from upcoming productions. A great way to get some insight into the actors and their approach to the different characters and much more.