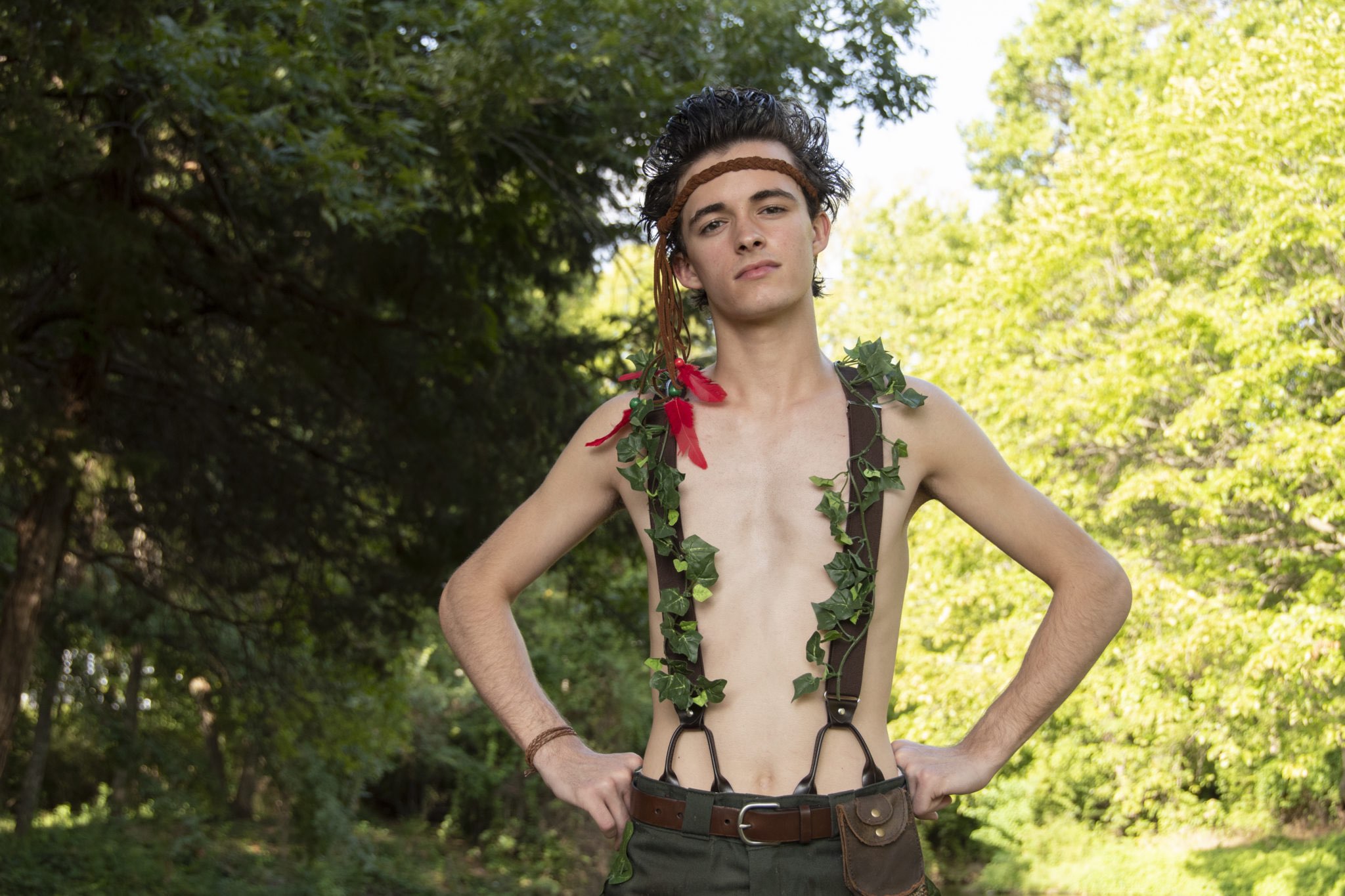 Enter a world of fairy dust, pirate ships and adventure by seeing Outcry Youth Theatre’s performance of Peter Pan August 17-26. The story of the Boy Who Would Not Grow Up was written by J.M. Barrie, with this new version by John Card and Trevor Nunn, and it is directed by artistic director Becca Johnson-Spinos.

According to Outcry Theatre’s website, “This tale is packed with magic, mischief, adventure, danger and heart. The classic story of the Boy Who Would Not Grow Up, that you thought you knew so well, will transport you, inspire you and change you.”

Peter Pan is about a boy named Peter, who lives in Never Land and never grows older. He whisks Wendy, Michael and John Darling to Never Land with him, and they meet the Lost Boys and Tinker Bell and encounter Captain Hook, Smee, pirates and Indians. The production will also feature puppets by Gabrielle Grafrath, including an eighteen-foot long crocodile, wild wolves and the Never Bird.

“Outcry Youth Theatre’s Peter Pan is a traditional telling of J.M. Barrie’s classic fantasy of the Boy Who Would Not Grow Up, with an additional storyteller character who helps guide the characters on their journey through Never Land,” explained Johnson-Spinos. “In true Outcry Youth Theatre style, the play is full of intense physical action—chases, dancing, sword fighting and even our own special brand of flying.”

Peter Pan is based on the play written by Barrie that premiered in London in 1904. The story has been adapted many times for plays, films and books, including the famous Disney adaptions including the 1953 animated film, 1991’s Hook starring Robin Williams and 2003’s Peter Pan starring Jeremy Sumpter.

The actors in the show are ages 8-18 and “some of the best young actors in Dallas,” according to Johnson-Spinos. Brayden Soffa and Harrison Polen play Peter Pan in alternate shows, Fallon Goldsmith and Olivia Hankins are both Wendy Darling, and Captain Hook/Nana is played by both Elijah Harms and Logan Beutel. The full cast list can be found here. In total, nearly 40 different actors will perform in this production. Many of them are entering their junior and senior years of high school this year, and have been acting for many years; although, some of the youngest cast members will list this show as their first play. The wide mix of talented boys and girls are all part of the charm!

Johnson-Spinos is the artistic director of Outcry Theatre. She received her BFA in music theatre from Elon University, and attended Playwrights Horizons Directing Lab, Shakespeare’s Globe and Washington University’s Shakespeare Intensive. Later, she earned her MFA in directing for theatre from Baylor University, where she completed a thesis production of The Seagull. During her time in grad school, she also directed numerous workshop productions, directed Brilliant Traces and assistant directed Blood Wedding. Johnson-Spinos has also written, directed and performed a one-woman show for the New York Fringe Festival, and has worked as an assistant to the artistic director at Burning Coal Theatre Company in North Carolina where she assistant directed and performed. Before coming to Outcry Theatre, Johnson-Spinos has also served as a director at Plano Children’ s Theatre, where she directed more than 25 productions.

Outcry Theatre’s mission is “to draw youth and young adults to the theatre as both audience and participants.” A bold artistic vision, highly physical staging and an energetic performance style sets Outcry Theatre apart. Young people who perform here will get to experience rigorous rehearsals, a tenacious attention to detail and an unwavering dedication to excellence.

Outcry Youth Theatre is a division of Outcry Theatre, designed to attract younger actors and audiences. In addition to this month’s Peter Pan, the Outcry Youth Theatre will also be performing The Giver October 12-21, Frankenstein November 9-18, The Curious Incident of the Dog in the Night-Time February 1-10 and Newsies March 14-17.

Performances of Peter Pan will be held at 7:30 p.m. August 17 and 24, 2 p.m. and 7:30 p.m. August 18 and 25, and 2 p.m. August 19 and 26. The show will take place inside Studio Theatre at Addison Theatre Centre, located at 15650 Addison Road in Addison. Tickets are $10 for general admission and $20 for premium reserved seating, and are available online or at the door (with a small service charge for tickets purchased online).

“Peter Pan is a particular favorite of mine, and many of the actors in this show have been in four different versions of Peter Pan directed by me!” said Johnson-Spinos. “Come fly away with us!”

If you are looking for an evening of magic, fantasy and entertainment, buy your ticket to Outcry Youth Theatre’s production of Peter Pan today!