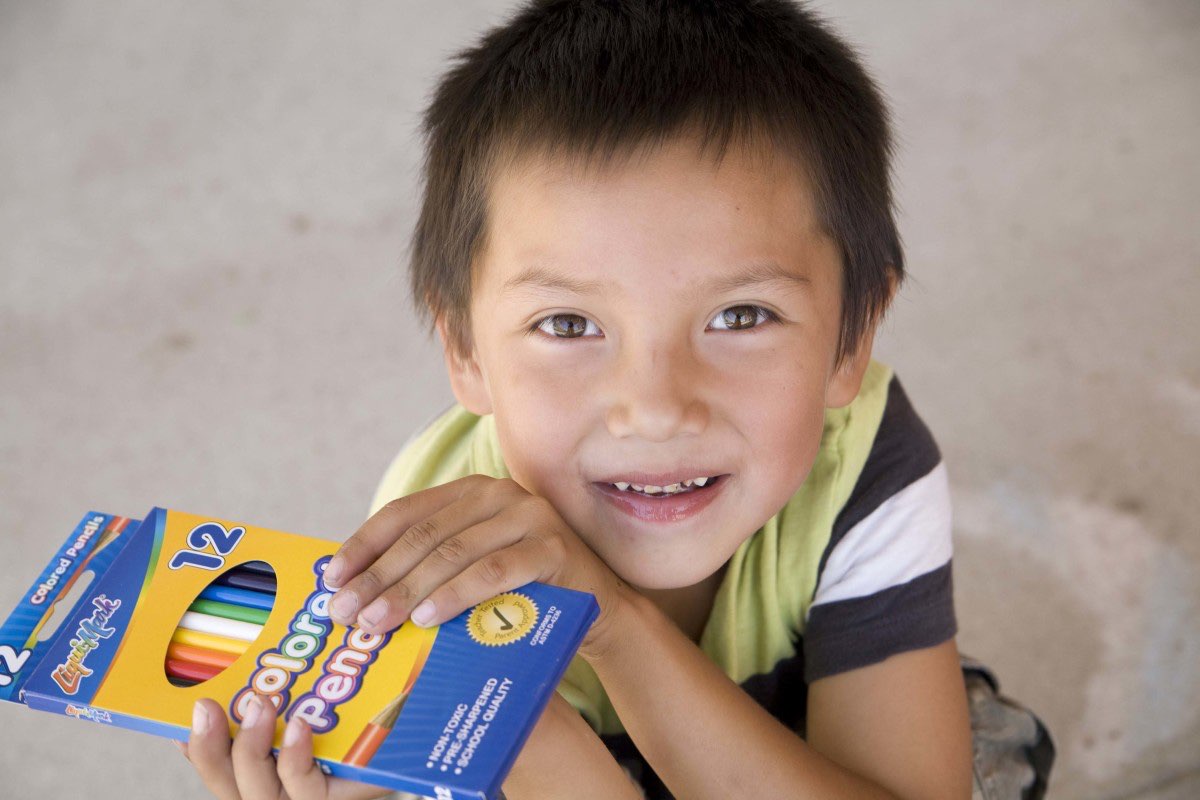 Partnership With Native Americans is the only Native-serving charity working with 60 reservations year-round, concentrating its efforts in 12 priority states that encompass Pine Ridge, Rosebud, Navajo, Hopi and other high-need reservations. They award scholarships to Native American students from every state in the U.S. and serve more than 250,000 Native people every single year.

Most recently, they received a grant from the Wal-Mart Foundation that will help advance a variety of essential nutrition services that will support healthier living through higher quality foods and training. The grant will be used to address the critical needs of Native Americans who suffer from the highest poverty rates in the U.S., yet receive less than 1 percent of the nation’s charitable giving. Funds will support, and expand, existing services offered by Partnership With Native Americans through its regional offices in Phoenix and Rapid City, South Dakota. The organization transports food and supplies from these locations to tribal communities in the Northern Plains and Southwest regions of the country, every week, and funds community investment projects to increase food sovereignty.

According to Robbi Rice-Dietrich, President and CEO of Partnership With Native Americans, “The Wal-Mart Foundation’s grant will allow Partnership With Native Americans to further champion improved health and nutrition for people living in the remote and often isolated tribal communities the organization serves. Our hope is to increase the availability of more nutritious food options, and support Native American partner programs working toward sustainable nutritional resources and opportunities.”

While many organizations are interested in providing aid to Native Americans they lack the reach or experience to work in Indian country. Partnership With Native Americans has the partnerships and cultural competency to act as an intermediary for these organizations – bridging reservation needs with outside resources. Their Addison headquarters is currently inviting new funders to help meet immediate needs in tribal communities and to support community-driven efforts toward lasting change. Nearly 90 percent of their tribal partners are more effective in meeting their program goals due to working with the organization.

“Partnership With Native Americans is launching the 2016 Backpack Drive in hopes of supporting 26,000 Native American youth enrolled in reservation schools throughout our service area,” said Rice-Dietrich. “Through this drive, PWNA will provide school supplies, such as backpacks, pencils, and binders to thousands of Native American children living in need, in remote and often impoverished communities.”

For more information on Partnership With Native Americans visit their website.