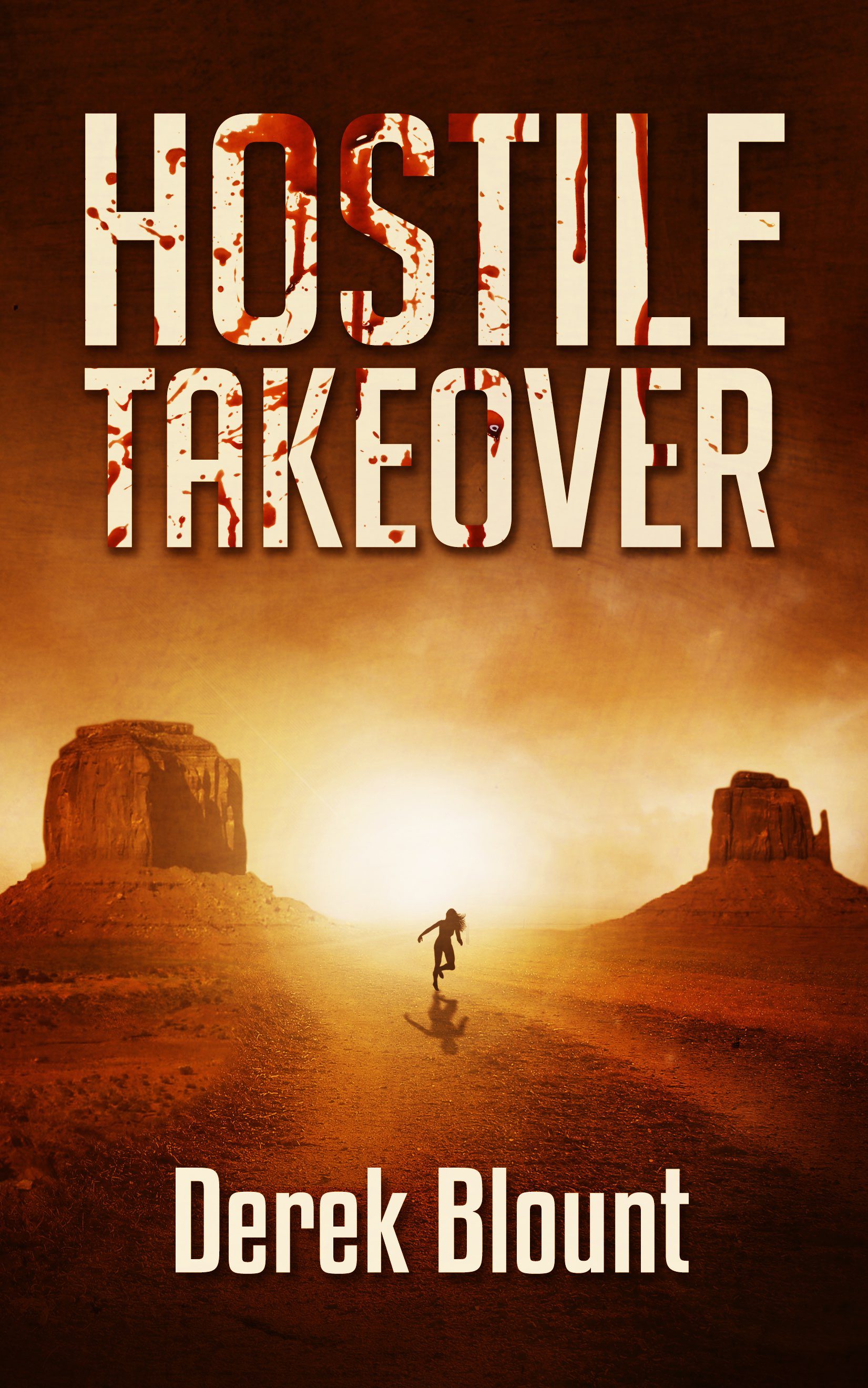 Fans of suspense thrillers will not want to miss the book signing of Hostile Takeover by author Derek Blount on November 12 from 6pm to 8pm. The signing will take place at Million Air Dallas on 4350 Westgrove Drive in Addison, a luxury private jet charter service for elite travelers located next to Addison Airport.

“I’m so excited to be signing books in such a unique venue as Million Air Dallas,” said Blount. “The company is both innovative and brilliant – a terrific representative of the Addison business community. I hope the event provides a nice contrast for readers to experience the elegant facilities of Million Air Dallas before plunging into a suspenseful tale of survival in the gritty and deadly desert of New Mexico in Hostile Takeover.”

As a local Texas native, Blount is a professional writer and president of Happy Prince Media, LLC. He received his B.B.A. in Finance and his M.S. in Marketing from Texas A&M University. After graduate school, he worked for JP Morgan Chase Bank and served as a corporate banker for multiple prominent financial institutions over the past two decades. He has also been actively involved in the arts, performing improv comedy and writing fiction on the side. Recently, he left the corporate world to pursue his dream of writing full time. “Parting the Sea”, a short story written by Blount, was recently published in the September issue of MENSA Magazine, the same month that Hostile Takeover was published.

“Storytelling predates the written word,” said Blount. “It has served to move humanity forward through the ages as a tool for teaching or simply entertainment. There is something of great value in a compelling story. The greatest compliment a reader can give me is saying, ‘I stayed up WAY too late finishing your book because I just had to find out what happened next.’ I spent twenty years helping people with the work side of life’s equation. It’s a delightful plot twist to now be offering something worthwhile on the fun side.”

Blount currently lives in Prosper, Texas, with his wife Bethany and their two sons. He is an active member of American MENSA, an enthusiastic traveler and an avid runner. In 2006, Blount joined the WaterTower Theatre Board of Directors and has served in the roles of Board Treasurer, Co-Chair of the Corporate Council, Board Vice President and President of the Board of Directors since 2010.

“When you’re in your seat at WaterTower Theatre and the lights go down, there’s an excitement knowing you’re about to escape into another world for a couple of hours,” said Blount. “A great book can provide that same excitement. If someone can get lost in one of my novels for a few hours and emerge feeling like it was worth the trip, then I’ve done a good job.”

If you are interested in this thriller, come to the book signing on November 12th, or purchase the book on his website. Just make sure you do not read alone if you get scared easily, because Hostile Takeover was made to give you nightmares.