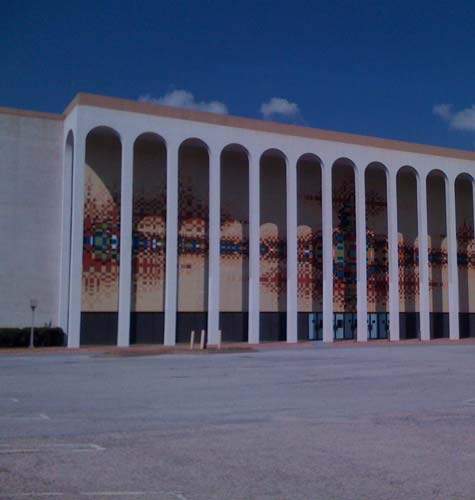 This addition of Throwback Thursday looks back on one of the oldest retail locations in the North Dallas Corridor, Valley View Center. This super-regional shopping mall was once the premiere retail location in the DFW Metroplex in the 1980s before losing traction in the 1990s and 2000s. Today the center is in a bit of a revitalization with the new Gallery at Midtown and the center of the Dallas Midtown redevelopment plans, but first we look back on how Valley View Center began.

The center was built in 1973 at its current location on Interstate 635 and Montfort Road, developed by Homart Development Company, a subsidiary of Sears, Roebuck’s & Co. A Sears store had been built in 1965 and several smaller stores were added before the official grand opening celebration of Valley View Center took place in 1973. The celebration gained national attention in part to a promotion by the Thom McAn Shoe Store, which offered a free eight ounce steak with a purchase of $5 or more.

The Sears anchor store predated the construction of the mall itself, but was joined by a second anchor store in Sanger-Harris when the mall first opened in 1973. Sanger-Harris remained at Valley View Center until 1987, when it merged with Foley’s and was renamed, followed by the company being sold to May Department Stores in 1988, which was renamed Macy’s in 2006 before closing the store in 2008.

As Valley View Center began to expand, Dillards was added to the mall in 1979 as a two-floor department store and added a third floor in 1985. After LaSalle Street Fund purchased the center in the early 1980s, Valley View Center was expanded again and opened Bloomingdale’s in 1983. The mall was also home to the Valley View Cinema 1 & 2 for many years after it opened in 1975 before closing in 1991.

The closing of Bloomingdale’s in 1990 started the beginning of the economic hardships for the mall which has included legal battles, various owners of the property and more stores leaving the center.

Beck Ventures, the current owners and managers of the property have looked to begin bringing the center back on the map with ambitious plans for a Dallas Midtown redevelopment. The center is still home to an impressive AMC Theater and houses events like the Midtown ARTwalk and the North Dallas Chamber of Commerce Big D BBQ Battle.

It’s hard to believe that the Valley View Center’s roots date back nearly 50 years, as the redevelopment of the area moves forward over the next 50 years, the center may look very different in the future.

Sam has worked as the Managing Editor for ADDISON – The Magazine of the North Dallas Corridor since March of 2012. He is a big sports fan, especially the Texas Rangers, Dallas Cowboys, Dallas Mavericks and anything Texas A&M. Sam graduated from Texas A&M University in 2011 with a B.S. in Agricultural Communications and Journalism. His hobbies include writing, music, camping, hiking and traveling. 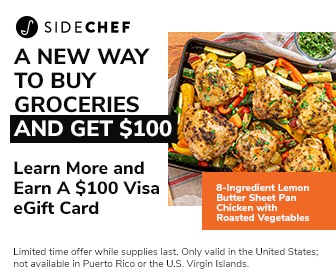 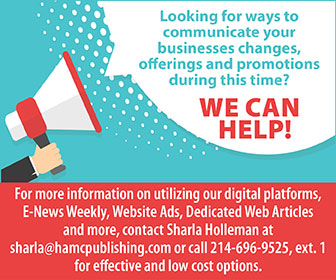