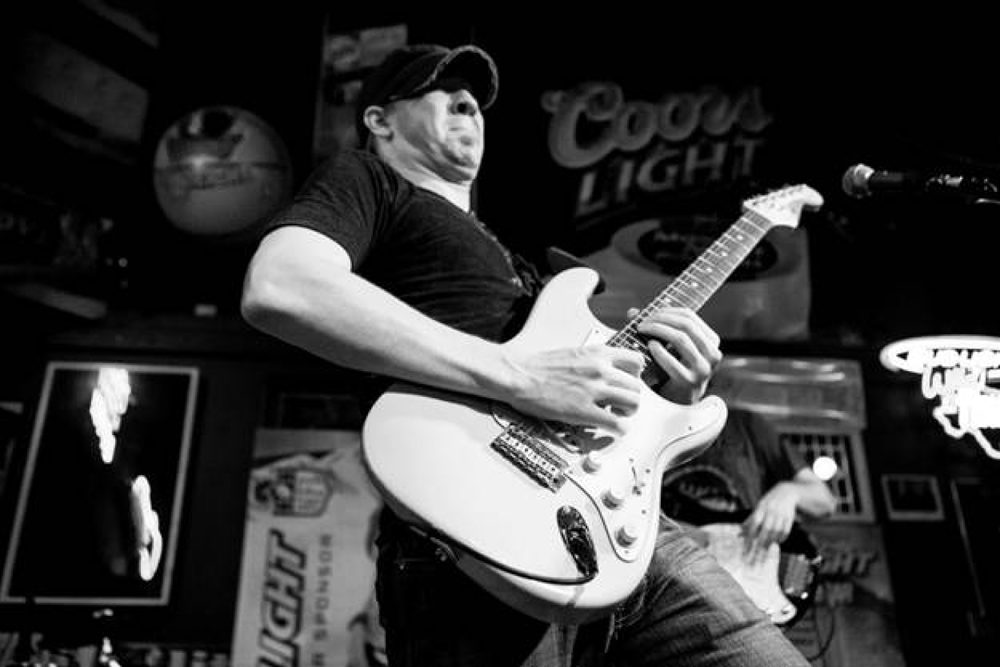 This issue we talked with singer, songwriter, producer and composer Josh Goode. Josh frequently plays shows throughout the Corridor. You can catch him play at Mercy Wine Bar in Village on the Parkway Feb. 28 and throughout the year.

HOW DID YOU GET STARTED IN MUSIC?

Well, I’ve always been around it. My family, as you would guess, is very musical. Since they had “enough” saxophone players in the Jr. High band I was going to be in, trombone was my gateway drug into playing music, weirdly enough. I eventually moved on to euphonium, tuba, trumpet, and whatever else I could get my hands on. The idea of playing many different instruments was really cool to me, and my enthusiasm for the variety eventually helped me find the piano. The problem was, I was really impatient. It would take me months to learn a song, and I just wanted to PLAY. So one day, when I randomly had a blank sheet of staff paper on my piano, the thought occurred to me “why don’t I just make stuff up?” So I did. And – BOOM!! I was hooked.

YOU’RE A SINGER, SONGWRITER, PRODUCER AND COMPOSER. WHICH IS YOUR FAVORITE TO DO?

That’s kind of like asking which kid is your favorite. They all have a big space in my heart, but if I had to choose I think it would be producing. There’s nothing like the magic of a creating a great vibe with a fantastic song and artist in the studio. I’m lucky enough to work with Bradley Prakope (a world-class audio engineer) and he and I produce AMAZING records together. I don’t need or crave the spotlight, really. I don’t mind being behind the glass, coaching artists to get their best performance, or to get their music to where it needs to be. As much as I love performing, producing allows me to exercise my songwriter muscle, composer muscle and singer muscle. So I’m always getting to do what I love when I’m producing, no matter what I’m working on!

WHAT WOULD YOU SAY ARE YOUR BIGGEST ACHIEVEMENTS TO DATE?

Well, I’ve been really lucky. I’ve won two Emmy awards for the commercial music work I’ve done, I’ve been on four tours across the globe and have opened for some of my all-time favorite bands. I’ve played several beautiful beach resorts and have been invited to some incredibly posh places to perform. But my biggest achievement to date is probably just sustenance. The ability to maintain a career in the music industry gets harder and harder ever year, but miraculously I’m blessed enough to still get work and to still have people that want to work with me because of the skill sets I have. Every day, I’m so grateful for the ability I have to do what I love.

HOW WOULD YOU DESCRIBE YOUR MUSIC TO THOSE WHO HAVE NEVER HEARD YOU PERFORM?

I normally tell people it’s a mix of John Mayer, Bob Marley and Stevie Ray Vaughan – all through an acoustic guitar and a loop pedal. The looping thing has kind of become my schtick. If you see my show, you’ll see a ton of layering, and on-the-spot composition that’s happening as the song is being performed. It’s always a goal of mine to NOT have people notice the technology, though. I love that looping gives me the freedom to solo and layer, but if it doesn’t serve the song, it just doesn’t matter. So, I have a lot of fun “producing” tracks using only my acoustic guitar and voice, live in front of people.