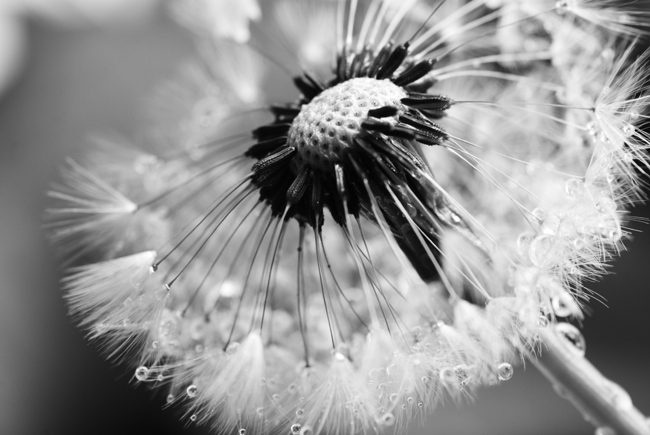 While spring usually ushers in warmer weather and beautiful days, it can also bring on a season of sneezing, sniffling and wheezing. We want to help you define and defeat your springtime allergies.

If you’ve ever wondered what is actually happening when you have symptoms of allergies, you’re in the right place. We have spoken to some of the area’s most experienced doctors when it comes to the topic of allergies, and they are here to clear things up. Dr. Gene Devora, who is Board Certified in Allergy and Immunology, describes allergies this way:

“Seasonal allergies are caused when the tissue inside the nose or eyes comes into contact with a wide variety of different airborne allergens, such as pollens, molds, dust mites, cats or dogs,” he said. “The allergens are recognized by specific IgE antibodies bound to receptors on the surface of mast cells, which are part of the body’s immune system. Binding of the allergens to the specific IgE antibodies causes the release of histamine, which triggers the allergic response and subsequent symptoms.”

Dr. Devora says our area has allergens that are unique to our area.

“The word “allergens” describes the wide variety pollens from trees, grasses, weeds that cause allergy symptoms,” he said. “Other allergens include molds, animal dander, and dust mites. In North Texas, common allergens include ragweed beginning in the early fall, mountain cedar in the winter, and a variety of trees, grasses, and weeds that pollinate from spring through fall. Most people are allergic to multiple allergens and have symptoms during multiple different seasons.”

Dust mites are another common allergen, and because of their consistent presence, can make those allergic to them suffer year round. Dr. Devora says that patients who have allergy symptoms all year round are often found to be allergic to dust mites.

The most important thing for someone suffering from cold-like symptoms that just won’t seem to go away is to get tested. Visit one of the many doctors and allergy specialists in Addison and the North Dallas Corridor, and ask for an allergy test. There are several types of tests offered, but the most common is a very simple skin prick test. During this test, the doctor will make several very small breaks in the skin to introduce a small amount of different allergens onto separate spots on your skin. Typically, this test is done on the back or upper arm. If an allergy to the substance is present, the skin will react, usually via redness, swelling and itching. This test helps doctors identify which allergens trigger a reaction in their patients and makes it much easier to determine necessary treatments.

Another method is called an intradermal test. This type of test involves the injection of a very small amount of an allergen just beneath the surface of the skin. This test is usually performed on the upper arm. The concept is the same as the skin prick test. Areas that show signs of redness and swelling are an indication of different allergies. Other tests do exist to determine which allergies a patient may have, but these are the most common and reliable tests to date.

Seasonal allergies can cause all types of symptoms. “Allergic rhinitis” is the medical term that Dr. Devora says allergists use to describe the constellation of symptoms that characterize seasonal allergies. He says the most common symptoms include nasal congestion, runny nose, post-nasal drip, and itchy/watery eyes.

Dr. Naureen Hassam, of The Advanced Allergy Relief Center of Texas, has created a treatment for allergy symptoms that merges chiropractic and acupuncture. Here, she describes the many symptoms allergy-sufferers may experience:

Dermatological. Symptoms may include red, itchy, or scaly skin rashes, blisters with oozing and crusting, dry leathery patches or hives. The main cause of dermatological reactions can be a reaction to food but can also be caused by plants, contactants and chemicals.

Headaches and Migraines. May be caused by reactions to food such as chocolate and caffeine, airborne irritants such as pollens and chemicals including household cleaners, perfumes and vehicle fumes.

Tiredness and Fatigue. Many reactions result in lethargy and feelings of fatigue. Tiredness can also occur at certain times of the day, such as in the afternoon after eating.

Once the types of allergies one may have are determined, there are many treatment and prevention options. Dr. Devora breaks down the most common types.

“Typically, the first line of therapy for allergy sufferers is an antihistamine,” he said. “There are many good antihistamines that are available over-the counter. These include Benadryl, Claritin, and Zyrtec. Prescription antihistamines include Allegra and Xyzal.”

Another treatment option are nasal steroids. Dr. Devora says they are often used in conjunction with antihistamines. They work by reducing the allergic inflammation and swelling in the nasal passages, which relieves nasal congestion and runny nose symptoms, he said.

“If patients are not completely controlled with medical therapy, allergen immunotherapy (allergy shots) is often a good option,” Dr. Devora said. “Patients will first undergo allergy testing in the form of a skin test or blood work to determine what they are actually allergic to. The allergist then mixes a serum (sometimes called a vaccine) containing protein extracts from all the allergens to which the patient was found to be allergic. The allergy shots consist of subcutaneous injections of the serum given in the arm at gradually increasing doses given over time over the build-up period. The patient eventually reaches the maintenance dose, which is the highest concentration of serum that they will continue to receive on a monthly basis for at least 3 to 5 years before considering stopping. Allergy shots are the only allergy treatment that modify the immune system and make patients “less allergic” to specific allergens.”

Dr. Hassam offers another very unique treatment at the Advanced Allergy Relief Center of Texas. She performs Advanced Allergy Therapeutics, which is a precision-based therapy that treats the organ systems involved in an overreaction. AAT does not treat the immune system; instead, the therapy focuses on inappropriate reactions to a harmless substance in relation to the organs systems to produce rapid, long-term results for the relief of associated symptoms.

AAT merges 21st century science with 3,000-year-old traditional acupuncture principles in offering an effective alternative in the treatment of symptoms associated with allergies and sensitivities. The treatment is safe, painless and available to all ages including infants.

Advanced Allergy Therapeutics works directly with the relationship between the major organ systems and inappropriate reactions to harmless substances. While the immune system is responsible for initiating an immune reaction in the case of true allergies, it is the health and state of the organ systems that often determines the type of symptoms that may arise. With both sensitivities and allergies, symptoms typically stem from the organ system affected.

During treatment, gentle pressure is used on points that correspond with the organ systems involved in a reaction. The degree of stress on the organ systems caused by an allergen or offending agent is proportional to the degree of the negative reaction. While the stimulation is applied, a subtle representation of the offending substance is introduced to the surface of the skin. The stimulation reduces the stress on the effected organ system, allowing for a more appropriate response.