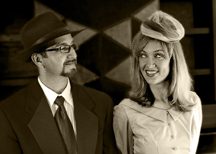 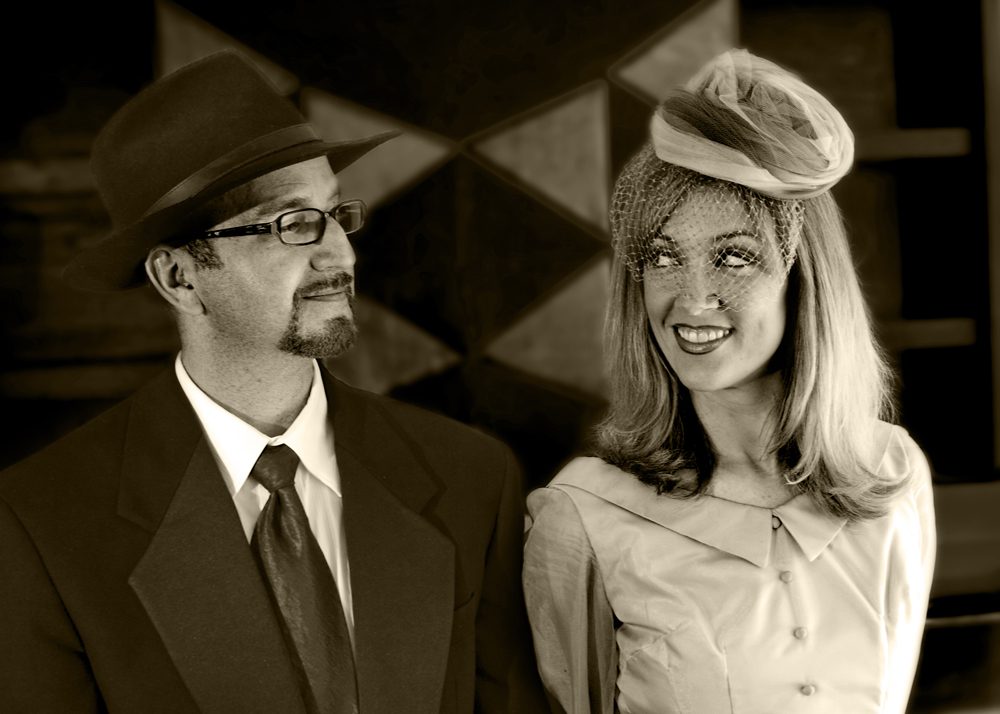 This spring, we talked with Stephanie Brehm of The Brehms Band, a local jazz band. Stephanie is the lead singer while her husband, David, is the lead guitarist. Together, they write and perform original songs. Here is a little bit of their story.

ARE YOU A HUSBAND-WIFE TEAM? HOW DID THAT BEGIN?

We are a husband and wife team that met through the music. A fellow actress/singer friend of mine called to see if I wanted to take a wedding gig that she was unable to accept. At the time, I was in rehearsals for the musical, “Swing” at Plano Reparatory Theatre, and though my schedule was packed, I was eager to sing with a local jazz band. I went to audition for David’s band, and even though I was unable to accept the gig due to a scheduling conflict with “Swing,” they invited me to join them as their singer. I was elated! I sang with the band for three years before David and I began dating. We were both in other relationships in the beginning, but as time moved on, we eventually began dating and writing music together. My parents warned me about those guitar players! The music certainly brought us together, and I am so thankful for that gift.

WHAT IS IT LIKE TO PERFORM WITH YOUR SPOUSE?

If a couple can gig together, than they can certainly weather the storms of a relationship! I love performing with David. I am happiest on stage with him by my side, sharing one of our original songs/stories. Sure, we have the occasional spat before a performance, but we’ve usually forgotten what the quarrel was about after the first set. Singing love songs for four hours can be quite cathartic – especially if they are based on true life. It is also nice to perform with someone that can read your every move so well. I am truly spoiled to the fact that David can read me during a show and follow my “creative choices.” I love feeling connected with him on stage; people thought we were married when we began playing as a duo because we seemed so natural together. Who knew one day that would be our reality!

HOW DO YOU DESCRIBE YOUR MUSIC TO THOSE WHO HAVE NEVER HEARD YOU PERFORM?

Though we have been known as jazz musicians in the D/FW music community for many years, our original music seems to be its own creative hybrid of funk/indie/pop. I love the fact that our fans have a hard time squeezing our music into one genre. Fans have commented that our music has a lush, lounge vibe with the occasional singer/songwriter twist. We deliver an electric show with some of the finest musicians in Dallas.

DO YOU WRITE ALL OF YOUR MUSIC?

All of the songs on our album are original tunes, and we truly craft each song together. In fact, our track “Red Dress” was a finalist in the USA International Songwriting Competition! We were thrilled to receive that honor, and we are eagerly writing tracks for our next album. Of course we perform cover tunes as well; you will usually hear a couple of tunes by Antonio Carlos Jobim in our shows. He is one of our favorites!

HOW HAS MUSIC CHANGED YOUR LIFE? AND HOW DO YOU HOPE YOUR MUSIC CHANGES THE LIVES OF OTHERS?

I found the love of my life through music, and when I write and perform with him, I feel the most alive. I love sharing my artistic passion completely and totally with my husband. I hope that the joy we share while creating our music is passed on to our listeners. It’s a heavy world out there, and we hope that our music sheds a bit of light and love.

Read more today in our latest post, Goat Yoga is b